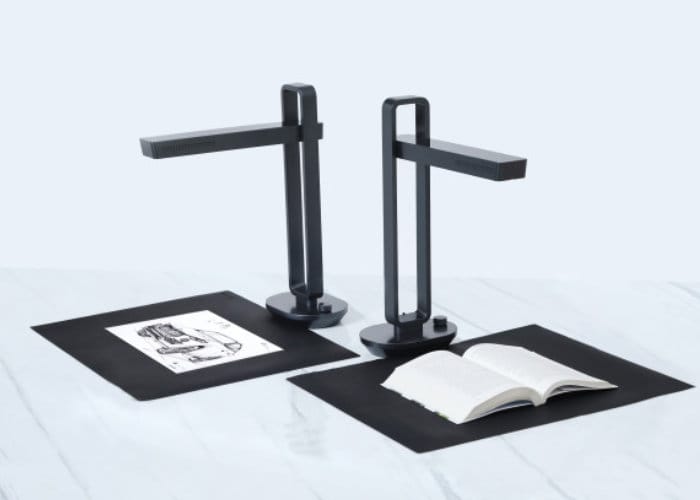 With still 25 days remaining on its popular Indiegogo crowdfunding campaign CZUR the development team behind the desktop speed scanning system called Aura, have already raised over $560,000 thanks to nearly 4,000 backers since its launch. Watch the demonstration video below to learn more about the high-speed scanner which is capable of capturing documents up to A3 in size and supports 170 languages using the OCR text recognition software.

Features of the Aura high-speed desktop scanner include :

– Effortless and seamless flow
– From concept to digital storage
– And from paper to email in one go
– Aura is a perfect designer desk pad too!
– Digitize books without unbinding them. Convert them to PDF, editable Word (2.5sec/page)
– Scan a wide range of documents and objects up to A3 size
– Doubles as a versatile lamp with 4 light settings

For more details and to make a pledge from $179 jump over to the official Indiegogo crowdfunding campaign page by following the link below. It will progresses smoothly the desktop scanner is expected to start shipping out to backers sometime during December 2018.