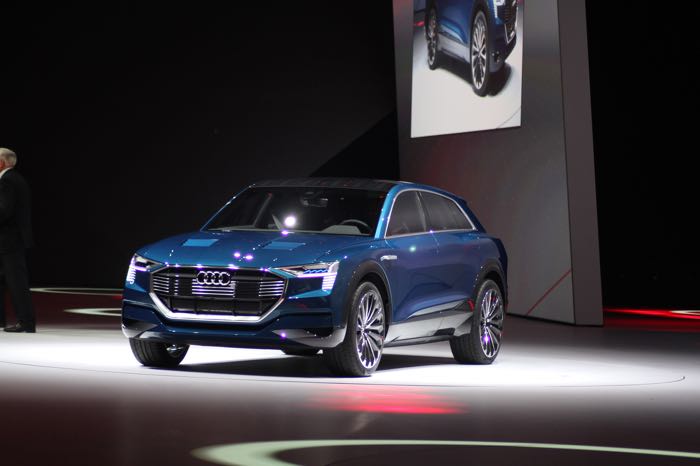 The Detroit Motor Show kicks off next month and according to a recent report we will see a new Audi Q6 H-tron concept at the show.

The Audi Q6 H-Tron concept is apparently a hydrogen fuel cell version of the Audi E-Tron Quattro concept that was unveiled his year.

Audi has already revealed that they will announced a new concept car with a new drive technology in January 2016, although they have not given any details about the car.

The new Audi Q6 H-tron is expected to share the same design as the E-Tron Quattro, although it will come with a hydrogen fuel cell instead of an electric motor.

As soon as we get some details about this new Audi Q6 H-tron Concept car and also some photos of the vehicle, we will let you guys know.