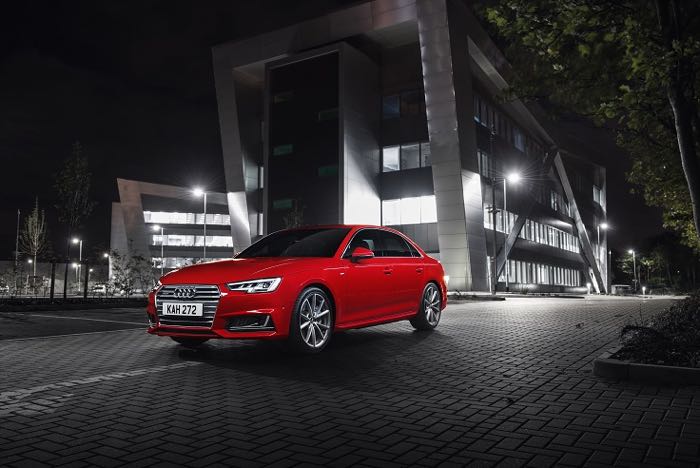 As well as winning the top car of the year award, the 3.0 TDI 218PS Audi A4 also won the best compact executive car award.

The compact executive saloon which has played a pivotal role in the success story of Audi across five generations has been richly rewarded with one of the automotive industry’s most highly prized awards: the all-new Audi A4 Saloon is What Car? Magazine’s Car of the Year for 2016. The compelling newcomer took the top honour, along with the Best Compact Executive Car category award, at the magazine’s annual presentation event, staged last night in London. The latest TT also notched up its second award in the Coupé category, and in the process took the total number of category trophies bestowed by What Car? on the three generations of the much loved Audi sports car to eight.

In the What Car? awards issue the magazine’s road test team praises the advances made by the all-new mid-size saloon, and singles out the mid-range 218PS V6 TDI model with its six-cylinder sophistication and remarkable frugality as the version which secures the top honour. In its awards citations for the A4 the road test team points to the new ground that has been broken by the latest A4 as a key contributor to its win, writing: “Audi deserves congratulations for the new A4. It brings new standards of refinement, interior quality and technology to the compact executive class.”

You can find out full details about the new Audi A4 saloon over at Audi at the link below.