A new stylus has been unveiled this week by Atmel called the maXStylus which has been designed to revolutionise the way we use tablet stylus devices with touch.The maXStylus, has been created to enable users to easily perform touch gestures with one hand, while using the stylus to writing and draw in the other.

The maXStylus stylus accomplishes this by using a multiSense functionality via a single indium tin oxide (ITO) sensor. Allowing one sensor to detect both touch and stylus operation, where normally two sensors would have been required. Watch the video after the jump to see it in action. 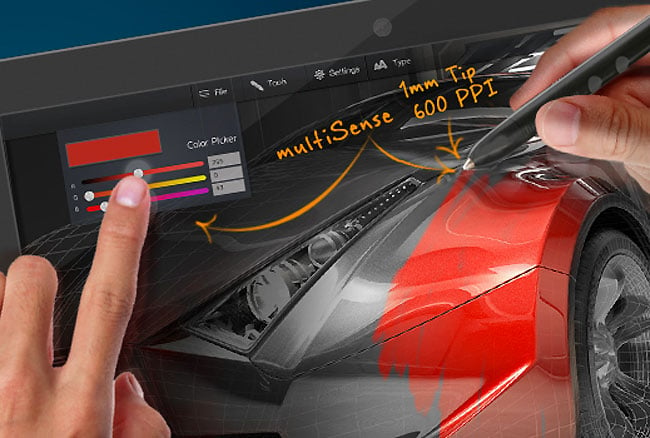 The new maXStylus stylus has a 1 mm tip diameter and accuracy of +/- 0.25 mm imitate the precision of a real pen tip, together with a 140Hz frame rate proving accurate writing recognition and enabling it to capture fast gestures. Its also equipped with pressure sensing with 256 pressure levels.

Atmel, explains that the maXStylus and accompanying technologies are compatible with Android 4.0 and Windows 8 and is expected to be available in early 2012.