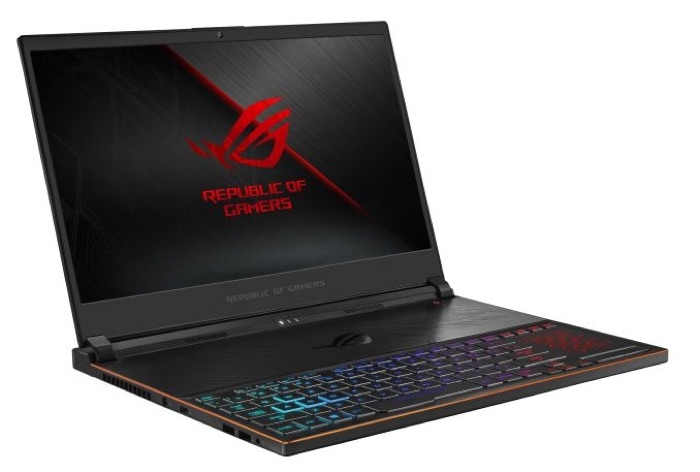 ASUS has this week unveiled a new edition of its popular ROG Zephyrus S gaming laptop which first launched last year. The new 2018 edition ROG Zephyrus S is now equipped with more power thanks to the inclusion of an Intel Core i7-8750H hexa-core processor supported by a choice of either NVIDIA GeForce GTX 1060 or GTX 1070 Max-Q graphics, and a 15.6 inch 144 Hz display offering gamers a 3ms response times and a resolution of 1920 x 1080 pixels. Although last year’s edition was available with the NVIDIA GeForce GTX 1080 Max-Q graphics. 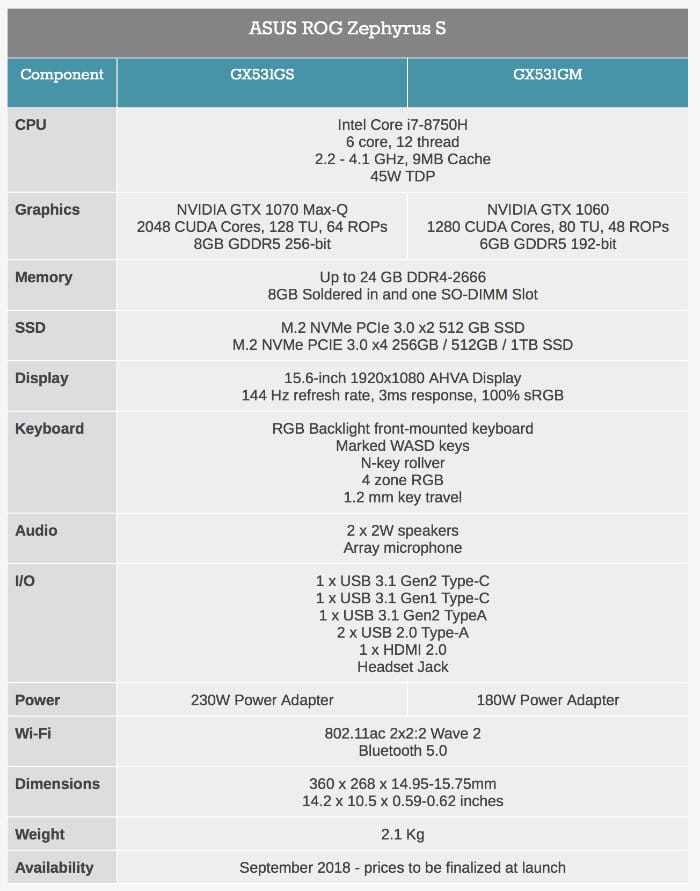 The gaming laptop features 8 GB of RAM soldered in, and one SO-DIMM slot available allowing those looking for extra performance to install up to 24 GB of DDR4-2666.

The 2018 ROG Zephyrus S gaming laptop is now also thinner measuring just 15.7 mm in thickness and will be available to purchase later this month from August 31st onwards with the system sporting 16GB of RAM, 512GB of PCIe NVMe storage, and NVIDIA GTX 1070 Max-Q graphics priced at $2,199.