The leaked details reveal that the ASUS PadFone X is powered by a Qualcomm Snapdragon 800 quad-core processor with Adreno 300 series graphics and is equipped with a display offering a resolution of 1920 x 1200 pixels. 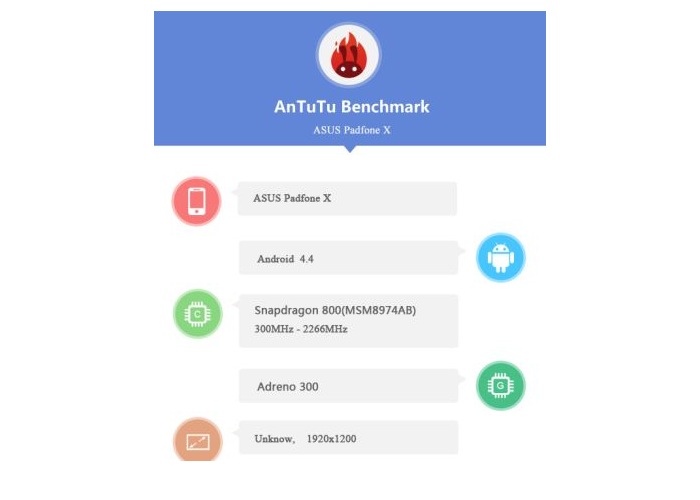 Other specifications revealed in leaked data include benchmarks which can be seen in the graph below as well as specifications revealing that the new ASUS PadFone X device is equipped with a 5 megapixel rear facing camera and comes running Google’s Android 4.4 operating system. Together with 16 GB of internal storage for media and applications with 2 GB of RAM supporting the Qualcomm Snapdragon 800 processor.

ASUS is expected to officially unveil and launch their new ASUS PadFone X device during the upcoming CES 2014
Consumer Electronics show which will be commencing on January 6th next year. Unfortunately no information on pricing or worldwide availability has been released as yet, but as soon as information comes to light we will keep you updated as always. 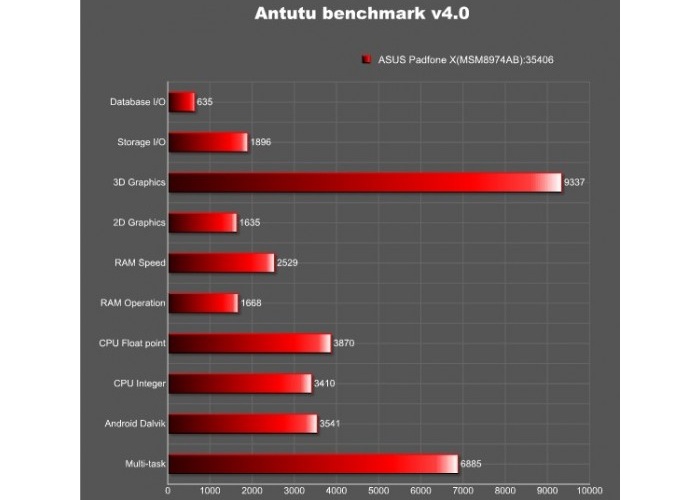