On the weekend we saw some leaked photos of the new Asus PadFone Mini, the device has now been made official, and we have all the details on this smaller smartphone and tablet combo device from Asus. 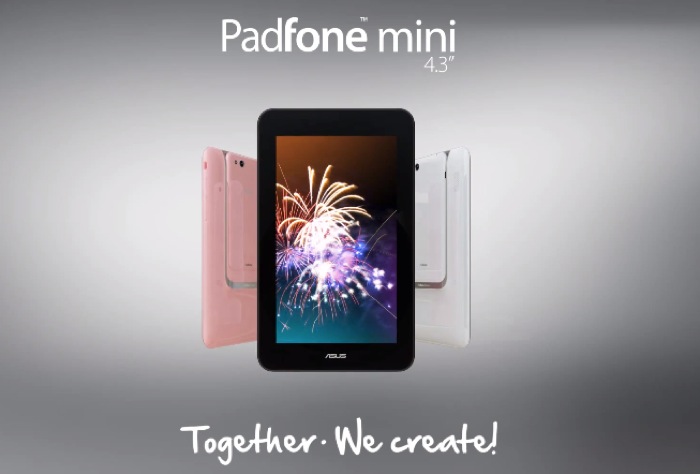 The PadFone Mini us powered by a quad core 1.4GHz Snapdragon processor and it features 1GB of RAM and 16GB of built in shortage, should you need any extra storage, the device is equipped with a microSD card slot, it also features an 8 megapixel camera and a dual Sim card slot.

The Asus PadFone Mini will be launched in Taiwan, the device will retail for NT$ 11,990, which works out at around $450, which seems like a decent price for a smartphone and tablet combo device.

It does not look like Asus has any plans to release the PadFone Mini in the US, the device will be launched in Russia, China, Hong Kong, Singapore, Indonesia and Taiwan.