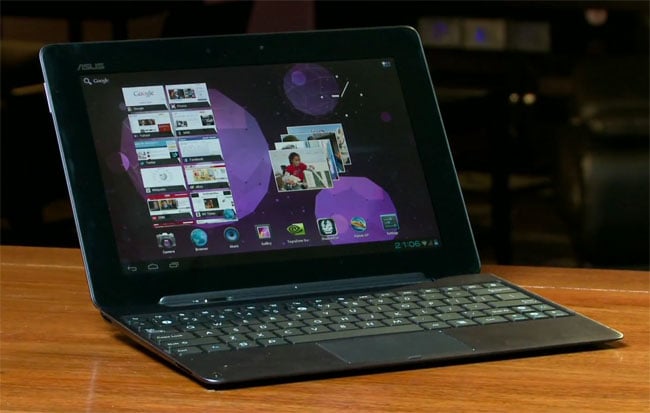 The demo shows a few very quick glimpses of what you can expect from the new Eee Pad Transformer Prime with its new Tegra 3 processor. You can also see Google’s Ice Cream Sandwich Android operating system running on the older Eee Pad Transformer tablet device here.