The Transformer Prime will feature a 10.1 inch LED backlit Super IPS+ touchscreen display with a resolution of 1280 x 800 pixels, it will come with Android Honeycomb 3.2. 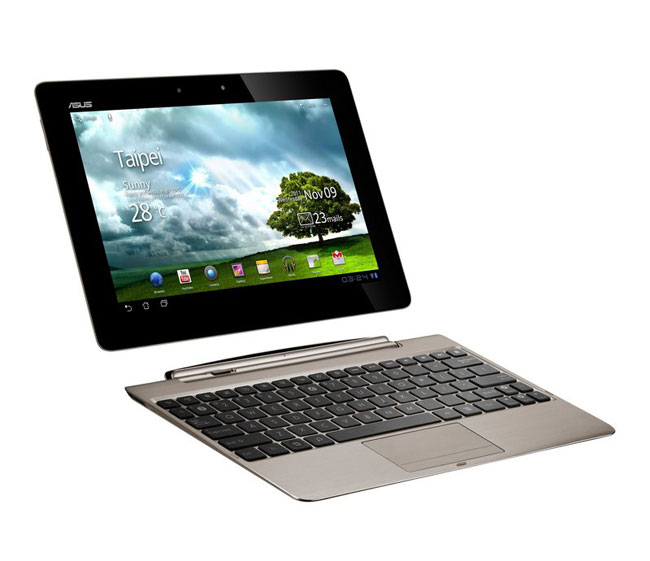 Processing is provided by NVIDIA’s new quad core Tegra 3 processor, plus an NVIDIA GeForce GPU and a 5th companion core for low power usage, there is also 1GB of RAM and a choice of ether 32GB or 64GB of built in storage.

The Transformer Prime also come with Bluetooth 2.1+EDR and 802.11 b/g/n WiFi, it also comes with two cameras, up front we have a 1.2 megapixel camera for video chat, on the back there is and 8 megapixel camera with an F2.4 aperture lens, a flash and auto-focus.

The Eee Pad Transformer Prime also features a microSD card slot, a stereo speaker, an SD card reader, headphone jack, and micro HDMI, plus it also comes with a keyboard dock, And Asus are expected to release an Android 4.0 Ice Cream Sandwich update shortly after the Transformer Prime is released.