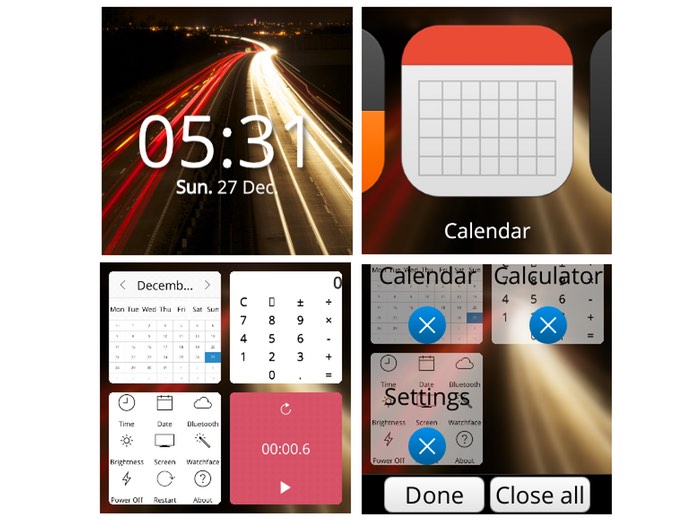 AsteroidOS has been specifically designed to replace your operating system on a range of different Android Wear smartwatches. AsteroidOS is a free and open-source smartwatch platform based on OpenEmbedded, libhybris and Qt5 and has been Created from the ground up with modular support in mind.

The AsteroidOS is purely community driven and no company is in control, but at the current time only the LG G watch is supported by the AsteroidOS platform. If you are interested in helping the development of the OS the developer community can be contacted via the #asteroid IRC channel. They explain more on the official website.

We believe that when it comes to wearable devices, privacy matters even more than everywhere else. That’s why, for example AsteroidOS will never listen to your conversations. Thanks to an amazing library called “libhybris”, AsteroidOS can re-use already existing Android drivers and be compatible with Android Wear watches.

AsteroidOS carries a full GNU/Linux on your wrist and this complex distribution is maintained using the industry-standard OpenEmbedded project.The AsteroidOS graphic stack and SDK are based on Qt5 and QML, which makes app creation really fast and enjoyable.

For more details on AsteroidOS job over to the official website via the link below.