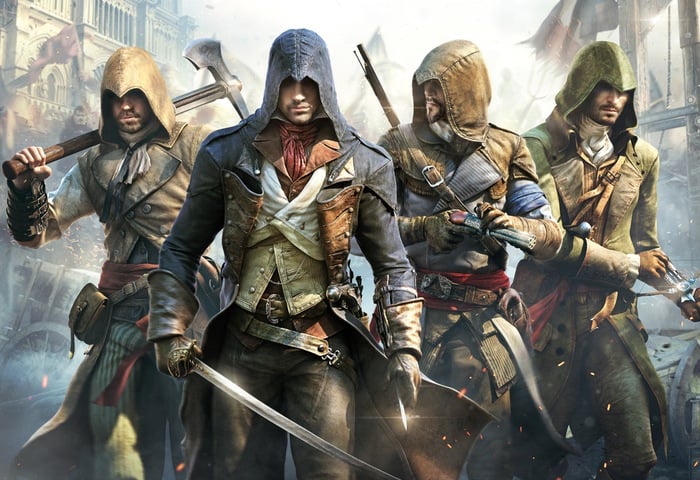 Gamers interested in learning more about the co-op features in the new Assassins Creed Unity video game that which is set to be released for the Xbox One, PlayStation 4 and PC next month.

Are sure to enjoy this new Heist Mission gameplay walkthrough for Assassins Creed Unity with narrative provided by Creative Director Alex Amancio.

During the video Alex walks you through a first look at a co-op heist mission from the new Assassin’s Creed Unity game that will be officially launching on October 28th 2014.

During heist missions you need to coordinate your skills and attacks to infiltrate enemy strongholds, in an attempt to steal precious artefacts, and escape without being detected. But be warned every time you are seen during a heist by the enemy, your final reward diminishes bit by bit.

The latest Assassins Creed Unity game published by Ubisoft has been built using a new games engine and introduces a new weapon in the form of the Phantom Blade. Which uses the mechanics of a crossbow to fire a silent projectile taking the place of the Hidden Blade in previous Assassin’s Creed games.

Unity takes players on a journey from the storming of the Bastille to the execution of King Louis XVI, allowing gamers to experience Paris during the French Revolution. Check out the co-op walkthrough below to learn more about the gameplay you can expect to enjoy.