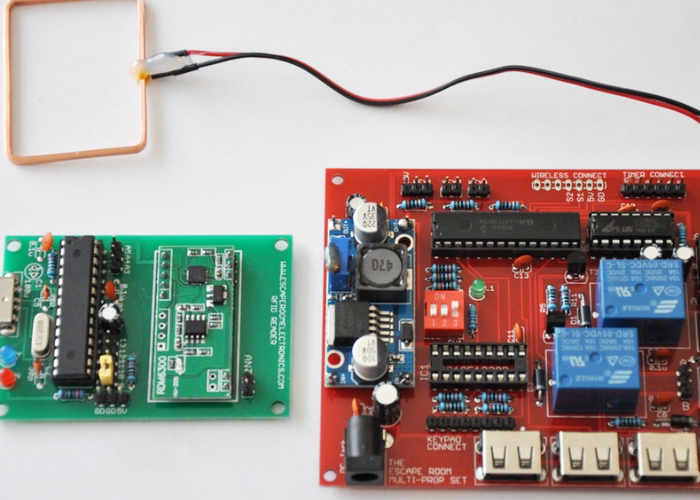 Electronics developer and Kickstarter serial entrepreneur Patrick Thomas Mitchell who we have featured numerous times here on Geeky Gadgets has once again taken to the crowdfunding website with the aim of raising funds to take his new Arduino Compatible RFID reader module complete with EEPROM inter-manufacture. Once the demonstration video below to learn more about Patrick’s 25th Kickstarter campaign.

Patrick explains more about his latest hardware creation and its features :

Meet the Arduino Compatible RFID Reader Module.  It can hold card data for up to five cards, takes seconds to program, and holds card data in EEPROM memory, which means that the cards are saved even after power off.  It can be connected to via the male USB connector, or via the four connector pads on the back of the circuit board.  If you pledge towards this campaign, you’ll receive the Arduino code, so that you can modify it as you see fit!

It is very simple.  Prior to power up, take a jumper, and short pins 11 and 10.  From there, power up, and program in five different cards by simply placing your RFID cards over top of the antenna in succession.  After each card is programmed, the blue LED will light up for one second, then turn off.  Once the final card is programmed, the blue LED will light up and stay on.  At this point, all you need to do is power off, remove the jumper shorting pins 10 and 11, and place it now on pins 10 and 9.  This will place the program in scanning mode on power up.  When an incorrect card is detected, a pulse is sent along the “Negative output line”.  When a correct card is received, a card specific pulse is sent along the “Positive output line”.

More information jump over to the official Kickstarter campaign page where a full list of pledges are available starting from CA$5.