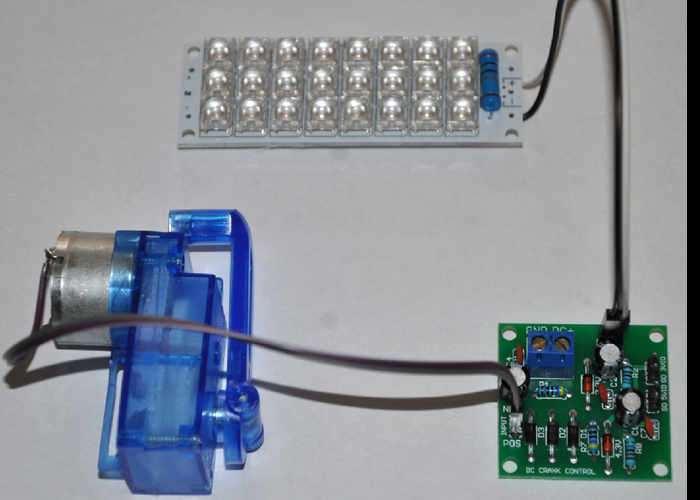 Makers and developers searching for a Raspberry Pi and Arduino compatible DC crank set may be interested in the new kit which is being created by multiple Kickstarter entrepreneur Patrick Thomas Mitchell, who has this week launched his 23rd Kickstarter project.

The Pi compatible DC Crank Set allows you to charge devices or simply communicate with your Arduino or Raspberry Pi mini PC. Watch the demonstration video below to learn more about the latest project from Patrick.

The Arduino & Raspberry PI Compatible DC Crank Set is a little board that allows for you to half wave rectify the AC power coming from a 12v DC Crank dynamo generator, into usable DC power.  You can power devices like LED banks or electromagnets, or you can use the Arduino compatible output, or the Raspberry PI output to communicate with your microcontroller platform.  When cranking the dynamo, low power signals are sent to these outputs.  Using voltage regulation, you can provide 3v to your Raspberry PI or 5v to to your Arduino!

The DC Crank that this set was designed for is included in several of the reward tiers.  It comes with a connector cable, which easily allows for you to connect to the main board.  This bad boy is a 12v crank that can output up to one amp if cranked hard enough.  It comes nicely greased.

This little board is so easy to use, and requires so little setup.  I’ll be putting together a short, but detailed video manual, which will be available at the end of the campaign to those who pledge.  Pledges will also have access to a detailed assembly video (For those who pledge towards DIY kits), and a schematic diagram.  I’ll even be providing a quick and easy Arduino sample, which I’ll go over in the video manual.  All documentation will be provided in the project video link, which I will also make available at the end of this campaign.

Jump over to the Official Kickstarter campaign page via the link below, for full list of all available pledges, full specifications and delivery timescales.