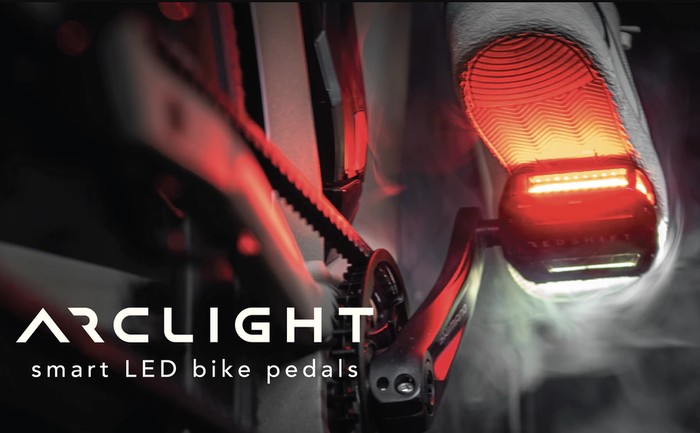 Cyclists may be interested in a new bicycle pedal design which incorporates LED lights in a rugged waterproof design and making new more visible by apt to 57% saying their creators. Designed by Redshift Sports based in Philadelphia the Arclight Bike Pedals features long lasting rechargeable batteries and are housed in a rugged, fully weatherproof aluminum bicycle pedal. The removable like modules can be easily charge from a USB port and the and mistake of all circular movement of the Arclight Pedals attracts the attention of motorists and pedestrians.

Arclight’s SmartSet sensors turn the lights on automatically when you start riding, and turn off automatically when you park your bike. The Arclight Pedals are equipped with SmartSet sensors that dynamically change the LED color depending on orientation so you always have white forward and red rear. The Arclight Modules have a built-in USB plug, so you can charge the Light Module with any standard USB charger, or charge all 4 together using the included hub. Early bird pledges are now available for the recently launched project from roughly $99 or £72 (depending on current exchange rates). 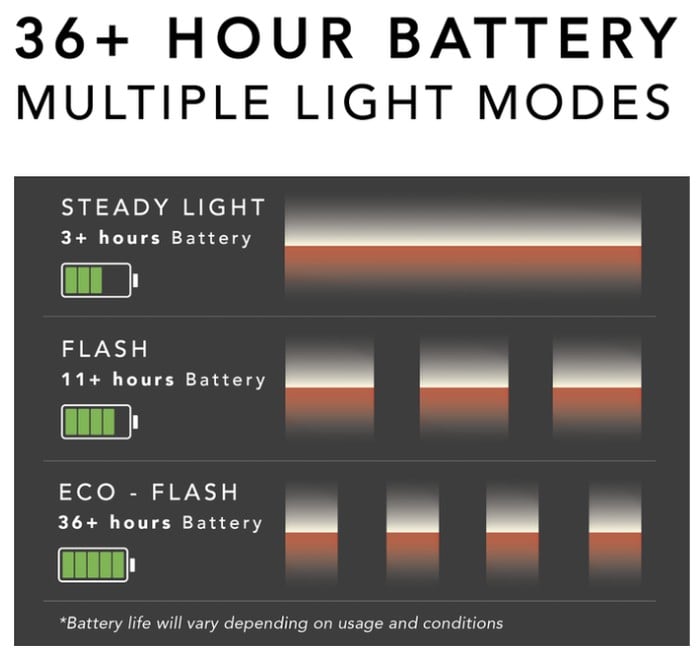 “Standard bike lights are often difficult to distinguish from car lights, traffic lights, and building lights. The dynamic motion of the Arclight Pedals creates a unique visual signature, cutting through the visual clutter to maximize visibility and safety. Scientific studies performed by Clemson University and others show that adding bio-motion (motion that is associated with the natural movement of the human body) increases visibility by up to 57% compared to standard front/rear lights.”

Assuming that the Arclight funding campaign successfully raises its required pledge goal and the project progresses smoothly, worldwide shipping is expected to take place sometime around February 2022. To learn more about the Arclight LED light bike pedals project view the promotional video below.

“Standard bike lights are typically visible only from directly behind or in front of the bicycle; with limited visibility from the sides. The wraparound design of the Arclight LED modules illuminates every angle – providing 360° of protection. The lights also cast a unique glowing pattern on the ground as you pedal, creating a large light “footprint” that is uniquely noticeable from all directions.” 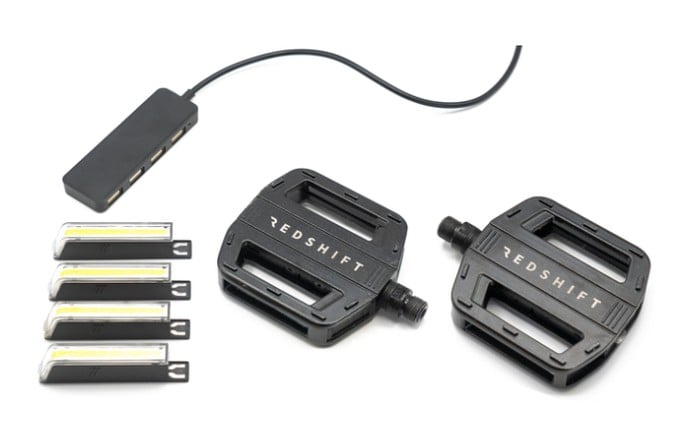 “The Pedals are made from rugged aluminum alloy and employ the same sealed bearings used in high end MTB pedals. The Light Modules have been engineered to work reliably in all conditions. Wherever and whenever you ride, the Arclight Pedals won’t hold you back”

For a complete list of all available special pledges, stretch goals, extra media and detailed specs for the LED light bike pedals, jump over to the official Arclight crowd funding campaign page by following the link below.