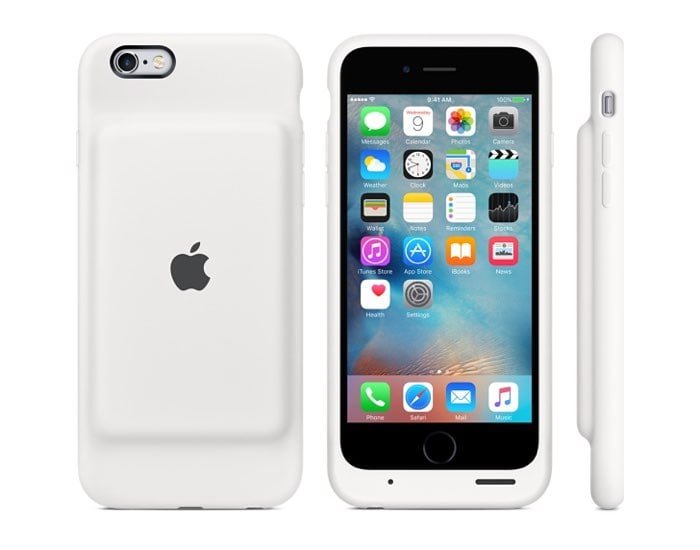 The new iPhone Smart Battery Case was announced earlier this week, the case can be seen in the picture above.

As we can see from the photo, the Smart Battery Case has what many people are calling a ‘hump’ on the back and now Apple CEO, Tim Cook has explained why it is designed like this.

There have been rumors that Apple has to design the case like this and not like normal cases because of patents held by Mophie relating to battery cases.

Apple’ Tim Cook recently told Mashable that the reason for the design is to make the case easier to put on and remove from your iPhone, you can see what he had to say below.

“As you probably know from being a user of this now,” said Cook as he grabbed my iPhone 6, which was sporting the new case, “one of the real insights here is, have you ever used other cases and tried to get them on?”

“If you make this solid all the way across,” said Cook, indicating the spots where the Apple case’s embedded battery stops and you just have the soft fluoroelastomer casing, “in order to get it on, you’d find it very difficult to get it on and off.”

So there we have it, according to Apple’s CEO, the design of the case it to make it more user friendly.