Apple [AAPL] has launched a new re-designed version of the Mac Mini, and the new Mac Mini features a sleek aluminum design, with a removable bottom panel and a space saving built in power supply.

The new Mac Mini comes with a choice of 2.4GHz or 2.66GHz Intel Core 2 Duo processor, 2GB of DDR3 RAM as standard with the option to have up to 8GB of RAM. 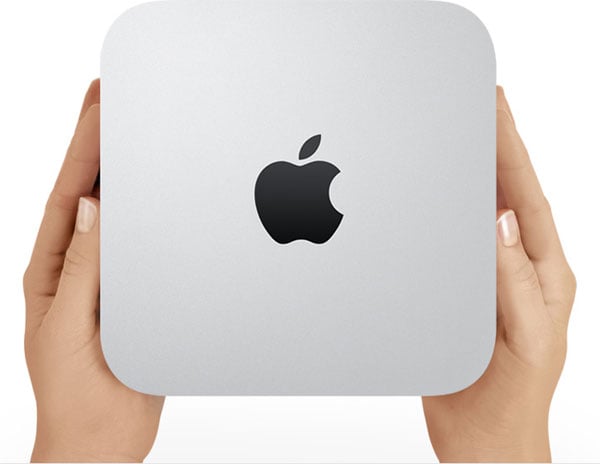 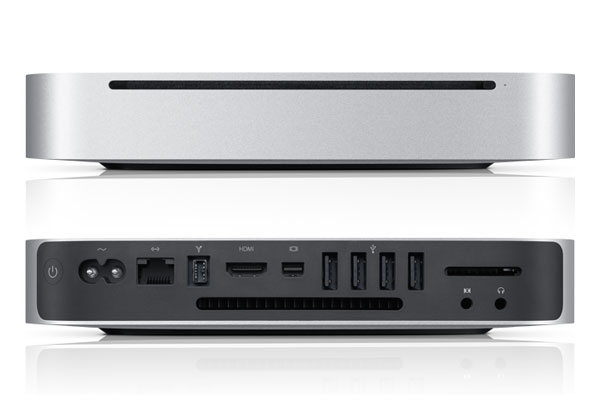 CUPERTINO, California—June 15, 2010—Apple® today unveiled a completely redesigned Mac® mini, featuring up to twice the graphics performance, a new HDMI port and a new SD card slot, all in an amazingly compact aluminum enclosure. Mac mini is the world’s most energy efficient desktop and starting at $699, is the most affordable way to enjoy Mac OS® X, iLife® or Mac OS X Snow Leopard® Server.

Created with the unibody construction process pioneered by Apple, the new Mac mini features a compact aluminum enclosure just 7.7 inches square and 1.4 inches thin. A new integrated power supply eliminates the need for an external power adapter, reducing overall system volume by 20 percent and keeping cable clutter to a minimum. A removable panel underneath provides quick access for memory expansion. Mac mini is incredibly versatile, effortlessly connecting to existing peripherals such as mice, keyboards and digital displays, while the new HDMI output connects Mac mini to an HDTV and the new SD card slot enables easy transfer of photos and videos from a digital camera.

Mac mini comes with Mac OS X Snow Leopard, the world’s most advanced operating system, and iLife, Apple’s innovative suite of applications for managing photos, making movies and creating and learning to play music. Snow Leopard builds on a decade of OS X innovation and success with hundreds of refinements, new core technologies and out of the box support for Microsoft Exchange. iLife features iPhoto®, to easily organize and manage photos; iMovie® with powerful easy-to-use new features such as Precision Editor, video stabilization and advanced drag and drop; and GarageBand® which introduces a whole new way to help you learn to play piano and guitar.

Pricing & Availability
The new Mac mini is shipping today and will be available through the Apple Store® (www.apple.com), Apple’s retail stores and Apple Authorized Resellers.

The Mac mini with Mac OS X Snow Leopard Server, for a suggested retail price of $999 (US), includes:

*Claim based on energy efficiency categories and products listed within the EPA Energy Star 5.0 database as of June 2010.

**EPEAT is an independent organization that helps customers compare the environmental performance of notebooks and desktops. Products meeting all of the 23 required criteria and at least 75 percent of the optional criteria are recognized as EPEAT Gold products. The EPEAT program was conceived by the US EPA and is based on IEEE 1680 standard for Environmental Assessment of Personal Computer Products. For more information visit www.epeat.net.

***Claim based on energy efficiency categories and products listed within the EPA Energy Star Small Scale Server database as of June 2010.