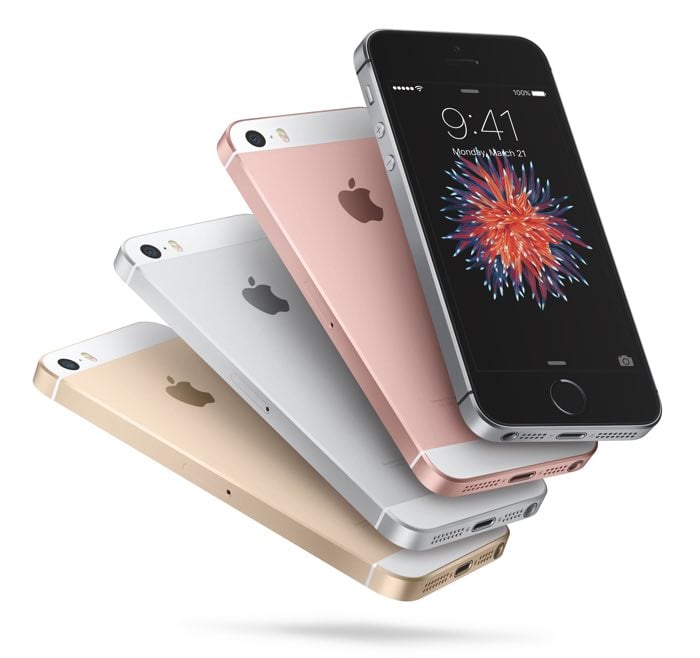 Apple’s new smaller iPhone has launched today, the handset comes with the power of the iPhone 6S in the smaller form factor of the iPhone 5S and there are already iPhone SE reviews from various sites.

How does Apple’s new iPhone SE compare to the iPhone 5S that it replaces and also Apple’s more expensive devices like the iPhone 6S and 6S Plus.

Engadget said that the iPhone SE comes with ‘flagship-level performance and the best battery life we’ve seen from an iPhone in years’ – read the full review over at Engadget.

Macworld says it is time to upgrade from the iPhone 5, 5S and 5C to the new 4 inch iPhone ‘If you are still rocking the iPhone 5s, 5c, 5, or earlier, your upgrade is here, and I think you’ll find it was worth the wait.’ – read the full review over at Macworld.

Wired also praises the battery and of course the upgraded 12 megapixel camera on Apple’s new iPhone, ‘The SE’s battery life is shockingly great. There’s plenty of power, plenty of camera inside this body.‘ – read the full review over at Wired.

It looks like the majority of the reviews on Apple’s new smaller iPhone are positive with the improved battery and camera being major selling points for the new iPhone.