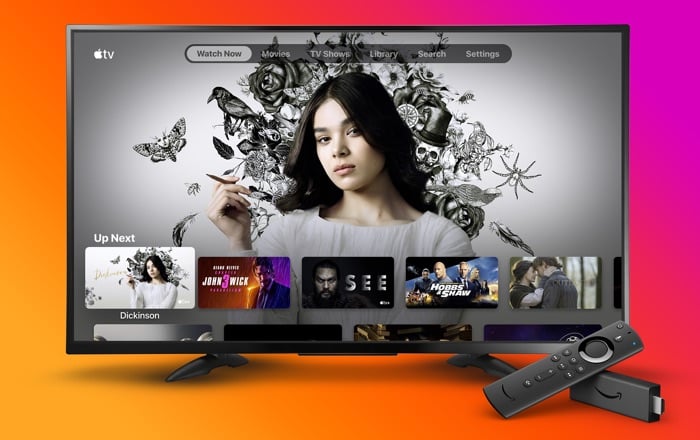 Amazon has announced that the Apple TV app is now available on some of their Amazon Fire TV devices.

The app is being launched on the devices ahead of the launch of the new Apple TV+ subscription service which lands on the 1st of November.

Within the Apple TV app, you can access Apple TV+ and start streaming breakthrough originals from the world’s most creative minds in TV and film. Apple TV+ is going to be available on November 1st, including Fire TV devices all over the world. You’ll be able to stream all the highly anticipated new shows in the Apple TV app — I’m specially looking forward to The Morning Show, Dickinson, and Little America. Learn more about all the great shows and how to sign up for Apple TV+ here. Fire TV customers can subscribe to Apple TV+ via iPhone, iPad, iPod touch, Mac, PC or at tv.apple.com— and watch on Fire TV.

You can find out more details about the Apple TV App for the Amazon Fire TV devices over at Amazon at the link below.