As well as releasing OS X Lion, the new 2011 MacBook Air, and the new Mac Mini, Apple has also updated their LCD cinema display, and just like the leaked one we saw recently it comes with Intel’s Thunderbolt technology and is now called the Apple Thunderbolt Display. 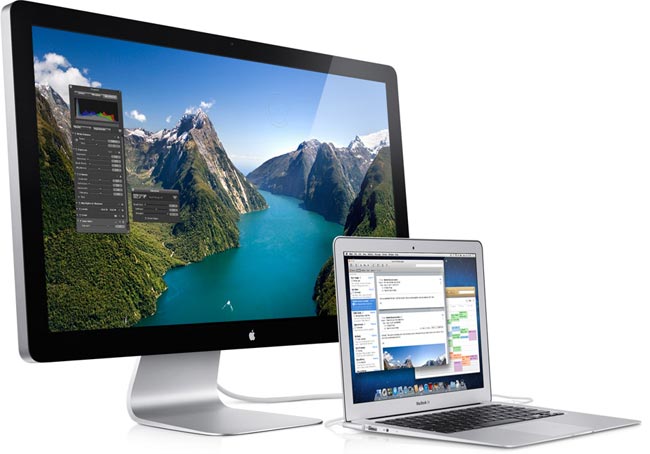 The new Apple Thunderbolt display is now available from Apple for $999.99 the same price as the previous model.