Apples new 2011 Mac Mini has just launched and is now available in the Apple Store with prices starting from $599. The new Apple Mac Mini now supports twice the memory of previous versions with a maximum of 8GB being supported.

The new line of Mac Mini’s are now powered by a 2.3GHz dual-core Intel Core i5 or 2.7GHz Dual-Core Intel Core i7 processor, with a superfast 1066MHz frontside bus and 3MB of L2 cache which provides the tiny device with a welcomed performance boost and 2x the performance of the previous generation. Storage options available include either 500 or 750GB, together with a 256GB Solid State Drives (SSD) which can be combined with a 750GB HDD. 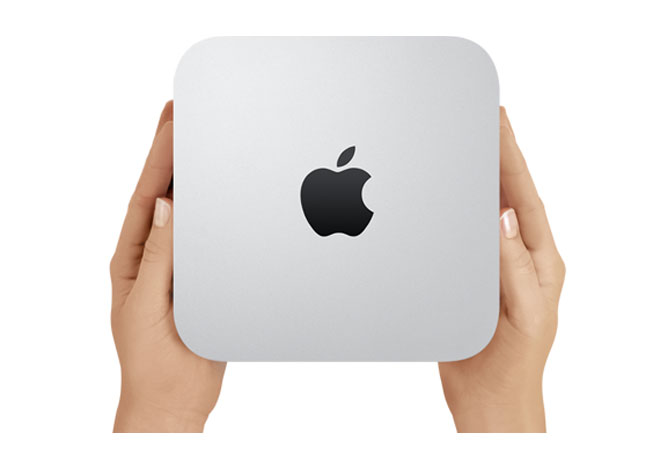 The 2011 Mac Mini is also equipped with the latest 802.11n wireless technology designed to automatically connect to your Wi-Fi network. On the rear there is also a built in SD card slot together with Gigabit Ethernet, HDMI, Mini Display port, 4 x USB 2.0 Ports, Firewire 800 and audio in and out, and as expected the Mac Mini is equipped with a Thunderbolt port offering two 10-Gbps channels for data transfer

The 2011 Mac Mini also includes Turbo Boost 2.0 for intensive application use which increases the clock speed up to 3.4GHz together with Hyper-Threading which lets each core run two threads, so OS X multitasks even more efficiently. For graphics the 2.5GHz Mac mini features a discrete AMD Radeon HD graphics processor with 256MB of GDDR5 memory.