Apple has released the new iOS 5.0.1 software update for the iPhone, iPad and iPod Touch, the update is supposed to fix the battery problems that a number of users have reported with iOS 5 over the last few weeks. 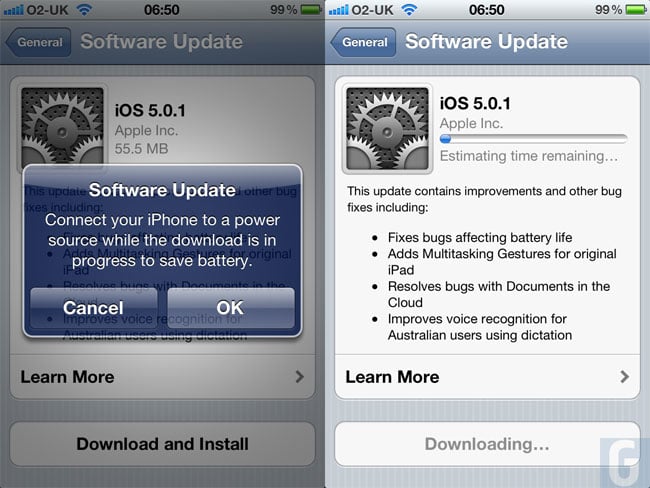 We have just received the update and haven’t had a good chance to test it out to see if the battery problem has been resolved, if you have updated to the latest version leave a comment and let us know if the battery life has been improved.

One things which did work very well was the update being delivered to by iPhone over WiFi, much easier and less hassle than having to connect your device to iTunes every time an update is released, more details on the update over at Apple.