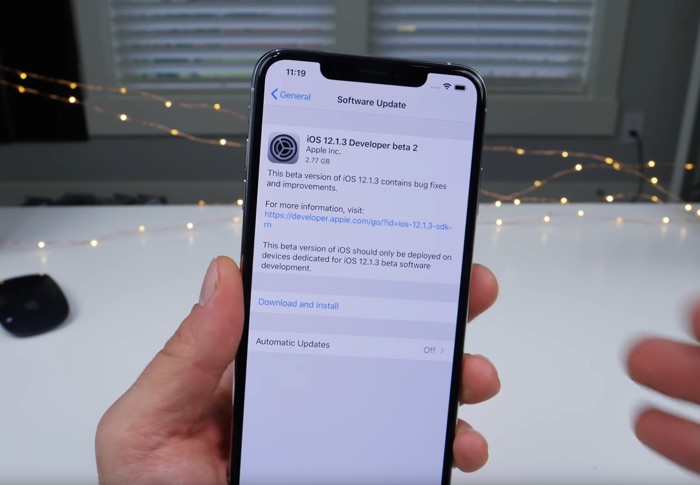 Apple recently released their new iOS 12.1.2 software, the software was released after only one beta and now they have also released a new beta, iOS 12.1.3 beta 2.

The iOS 12.1.3 beta 2 basically picks up where the iOS 12.1.2 beta 1 software finished, Apple had to release their iOS 12.1.2 software quickly to fix a big relating to eSIMs on the new iPhones and also to deal with Qualcomm’s patent lawsuit in China.

Now this new beta is called iOS 12.1.3 beta 2 and we get to see what is included in the beta in the video below from EverythingApplePro.

As we can see from the video there are no major new changes in the new beta to Apple’s iOS, as soon as we get some more details on when this update will land, we will let you guys know.