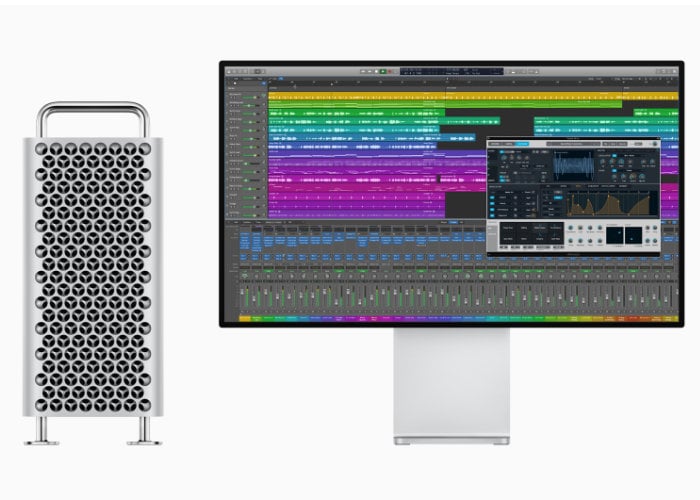 “Mac Pro together with Logic Pro X 10.4.5 allows pro musicians to do things never before possible in the production process. With the new Mac Pro, Logic can now run up to five times the number of real-time plug-ins compared to the previous generation Mac Pro. Logic Pro X 10.4.5 increases the available track and channel count for all users, now supporting up to 1,000 audio tracks and 1,000 software instrument tracks, providing four times the number of available tracks for the most complex productions. Additionally, Logic Pro X now supports 1,000 auxiliary channel strips, 1,000 external MIDI tracks and 12 sends per channel strip. Users can also expect improved responsiveness of the Mixer and Event List when working with large sessions, and projects with numerous Flex Time edits and tempo changes perform more efficiently than ever.”

– The loop browser can filter by loop type and allows drag and drop of multiple loops into your project simultaneously.
– The redesigned DeEsser 2 plug-in provides more options to reduce sibilance on audio tracks.
– MIDI beat clocks can be sent to individual ports, each with unique settings like timing offset and plug-in delay compensation.

For more details on the new Apple Logic Pro X application which is available today as a free update for all existing users or to purchase the $200 for new customers jump over to the official Apple newsroom.