As well as unveiling their new iPhone 5 smartphone today, Apple has also announced a new Nano and a new iPod Touch media player, at their keynote event.

The new iPod Touch is fitted with the same screen as the new iPhone 5, and is the lightest and thinnest iPod Touch Apple has created, measuring just 6.1mm thick. 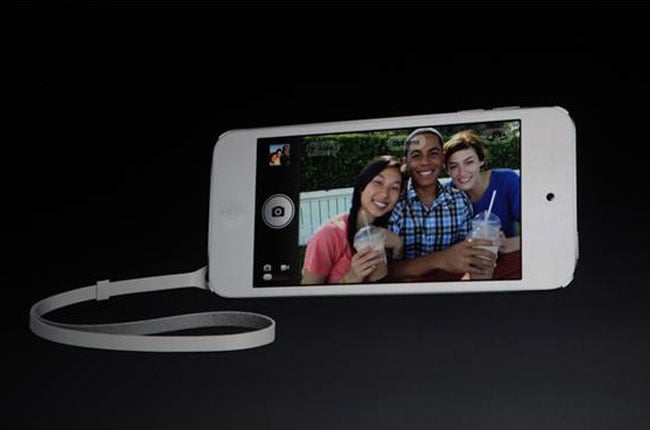 The new 5th generation iPod Touch is also fitted with Apple’s dual-core A5 processor, providing up to twice the speed of the previous iPod Touch. The latest iPod Touch also includes dual-core graphics and has been constructed out of high quality anodised aluminium, in the same way as the iPhone 5, Apple explains:

“It’s not just a great music or game player — it’s a great iOS device. We wanted to make it better, with an all new, 5th generation iPod touch.”-“We can do things with the iPod touch that we couldn’t do with the last generation.”

The latest iPod Touch will provide up to 40 hours of media playback and is now fitted with a 5 megapixel iSight camera for the first time, complete with auto-focus and a flash. It also includes the new Panorama photographic mode unveiled earlier by Apple.