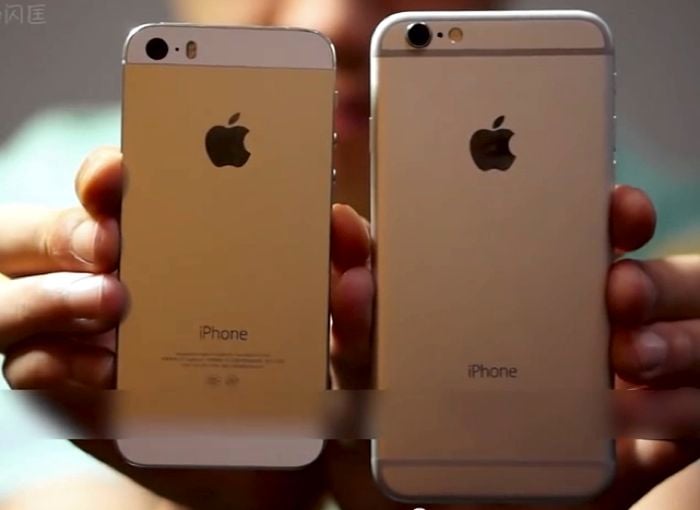 The new Apple iPhone 6 is not even official, the device will be announced at Apple’s press event which takes place tomorrow, the 9th of September.

We have already see a number of videos of the new Apple iPhone 6, and now we have another one, which might just be the first video review of Apple’s latest iPhone.

You can see the video below, although it is in Mandarin, and it shows the new iPhone 6 compared to the existing iPhone 5S, what do you guys think?

So far we know that the handsets will feature Apple’s second generation 64-bit mobile processor, the Apple A8, and the device is expected to come with more RAM than the iPhone 5S.

It is also expected to come with a sapphire glass display, plus a new fingerprint scanner, and updated cameras, it will also come with the latest version of Apple’s mobile OS, iOS 8.