** Update – Apple has now officially unveiled their new iPhone 5S specifications which you can read more about here.

Apple is expected to officially announced the launch of the new Apple iPhone 5S device tomorrow finally putting to rest the rumours that have been circulating the Internet regards the smartphones new design and features.

However before Apple can reveal the new Apple iPhone 5S smartphone themselves it seems that details of the specification for the iPhone 5S phone have leaked out via marketing materials. 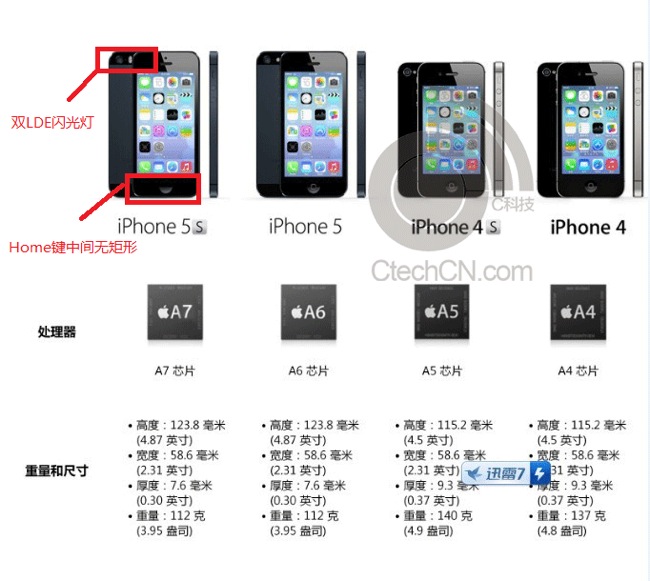 The newly leaked details on the Apple iPhone 5S seem to confirm that the smartphone will come equipped with a fingerprint scanner and dual LED flash which have been rumoured for some time.

Together with a 1080p video recording rear camera offering up to 120 frames per second as well as a 1.2 megapixel camera that will be located on the front of the smartphone for FaceTime and Skype calls. Together with the faster A7 processor.

During their Apple press conference tomorrow Apple is expected to unveil a new iPad 5 tablet together with a new Apple iPhone 5S and iPhone 5C smartphones as well as launch their new Apple iOS 7 mobile operating system.