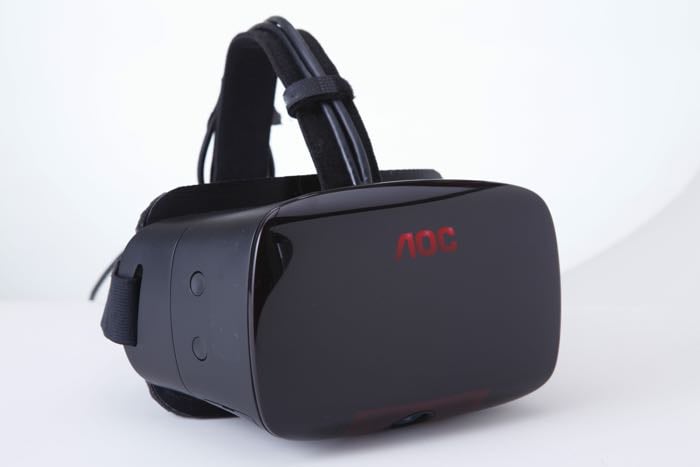 AOC has announced a new VR headset at this years Gamescom and the company is showing off  the device at Gamescom.

The device appears to be a prototype at the moment and now specifications were give for the device, you can read what AOC have to say about their new VR headset below.

Virtual reality has a history of being declared “the next big thing” and failing miserably a short time after the hype was at its peak. In 2016, however, all signs indicate that this time its development and the underlying technology are sound enough for it to stay. Goldman Sachs even stated in a report published in January 2016 that VR “has the potential to spawn a multi-billion-dollar industry, and possibly be as game changing as the advent of the PC”1. Use cases are as diverse as those of personal computers and smartphones: besides the obvious: gaming (and the military), there are video entertainment, live events, education, healthcare, engineering and even retail and real estate. Want to get a first-hand impression of your new home, hundreds or even thousands of kilometres away, from your old apartment’s couch? Just don a VR headset and walk around… And the list will get even longer the further the technology evolves.

For AOC, the entry into the HMD market is a natural step, says Stefan Sommer, Director Marketing & Business Management EMEA: “As a subsidiary of the world’s largest display manufacturer, we at AOC have always been at the forefront of developments in the display sector, be they desk- or head-mounted. I am sure that our new VR headset is only the beginning of a fascinating development and that AOC customers can look forward to even more exciting products in the not too distant future.”

As soon as we get some more details and some specifications on the new AOC VR Headset, we will let you guys know.