Angry Birds is the world’s most popular mobile game, its is available on a number of different platforms, including Android, iOS, the Mac and PC, and now it looks like those angry birds and green pigs are headed to another platform, Facebook.

Rovio Mobile have told the guys from Penn Olson, that they will be launching Angry Birds on Facebook, on the 14th of February 2012, Valentines day, and the launch will take place in Jakarta. 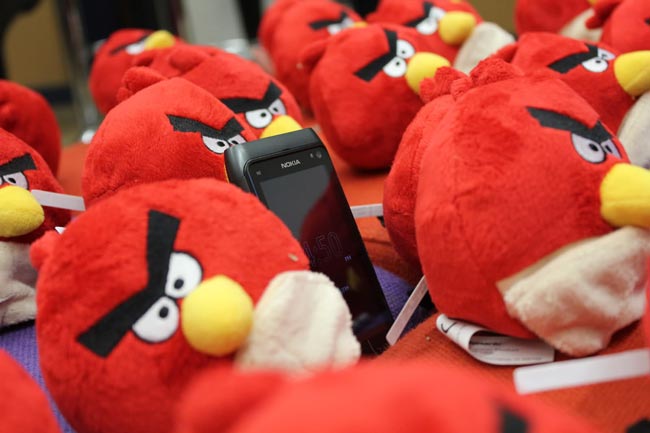 Angry Birds has been now been downloaded more than 700 million times, and Rovio Mobile are expecting to hit over 1 billion downloads in 2012.

Rovio Mobile have done a great job with their Angry Birds games, and one of the reasons it has become so popular is that the company continues to provide free updates for all of it Angry Birds games.

It will be interesting to see how popular Angry Birds becomes on Facebook, we suspect it could end up being one of the most popular games on the social network.