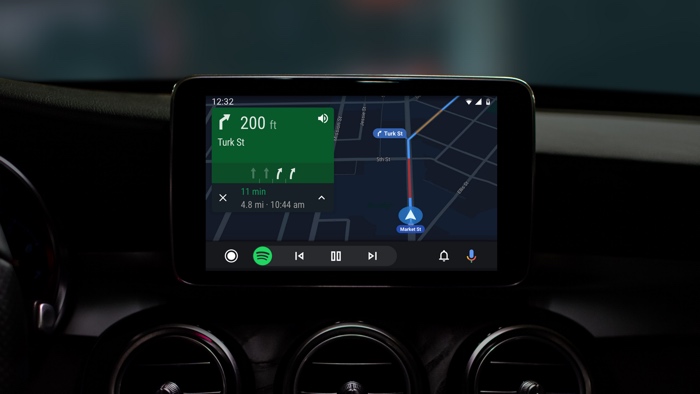 Google has announced that it will be bringing a new design and features to Android Auto this summer, it will come with a new interface which Google says will give you access to more useful information.

The update will bring a new navigation bar that makes is easier to control your apps and the phone on the cars built in display.

Google is also making it easier to get on the road faster, when you start your car Android Auto will start to play your media and also give you some navigation choices.

There is also a new notification center which shows your messages, alerts and recent calls, plus a new color palette and a dark theme. Google has also updated Android auto to support wider displays in cars.

As yet there are no details on exactly when the new version of Google’s in car software will launch, al, we know is that it is some time this summer.