AMD has shown off a new prototype Windows 8 hybrid tablet which has been made by Compal at this years Computex and it features an 11.6 inch display plus a detachable keyboard dock.

The device is apparently running a 17W AMD Trinity BGA APU, which is designed for tablets and ultra thin notebooks, and it is designed to deliver performance but use less power than previous versions, around half the power of AMD’s previous 2011 APU. 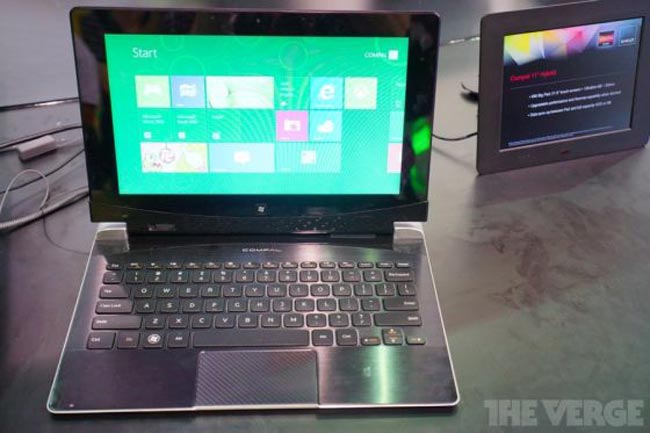 The prototype device also comes with a built in kickstand which lets you prop up the tablet on your desk when it is not connected to the keyboard dock, head on over to The Verge as they have a hands on video of the device.