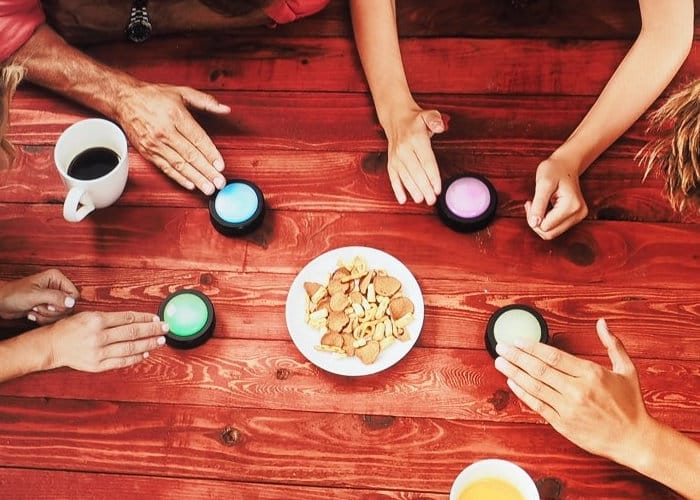 Amazon has this week announced that a new API has been released for their previously unveiled Echo Buttons enabling developers to now create both games and other applications that use the Amazon Echo Buttons as input devices. Amazon has released the Gadgets Skill API in its beta development stage for developers to build game skills for the Echo Buttons. With the Alexa Skills Kit, you can use the new Gadgets Skill API to integrate inputs and actions into game skills.

“Echo Buttons deliver a new way for customers to play games with friends and family, and are now shipping to customers in the US, the UK, Germany, Austria, and Ireland. Each Echo Button illuminates and can be pressed to trigger a variety of multiplayer and interactive game experiences on compatible Echo devices including Echo, Echo Dot, Echo Show, Echo Plus, and Echo Spot. “ If you are interested in learning more about the newEcho Button API and creating games and applications that support it jump over to the official Amazon Alexa developer website by following the link below.

In addition to the API Amazon has also launched a new game for the Echo Button form of Simon Tap by Hasbro, the Classic Simon game, reimagined, requiring that players listen closely as Alexa rattles off a sequence of colors, or they can create their own patterns with friends and family.