The Aliens: Colonial Marines Collectors Edition includes a Powerloader vs. Xenomorph statuette, together with a USCM dossier that contains your mission brief, a schematic of the USS Sephora, your recruitment card, iron-on badges, recon photos and a USCM graduation certificate. 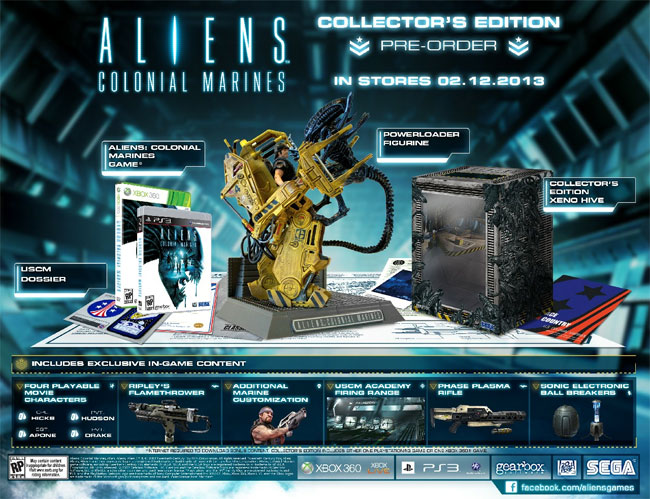 As well as plenty of digital treats, which are sure to please Aliens fans. Including the ability to play as the Apone, Drake, Hicks and Hudson, characters from the films.