If you have been on a commercial flight in the last few years that offered WiFi while in the air, odds are you were using Aircell hardware. Aircell is one of the largest companies in in-flight broadband. The company has all sorts of hardware for WiFi in business jets as well and it has announced a new smartphone. 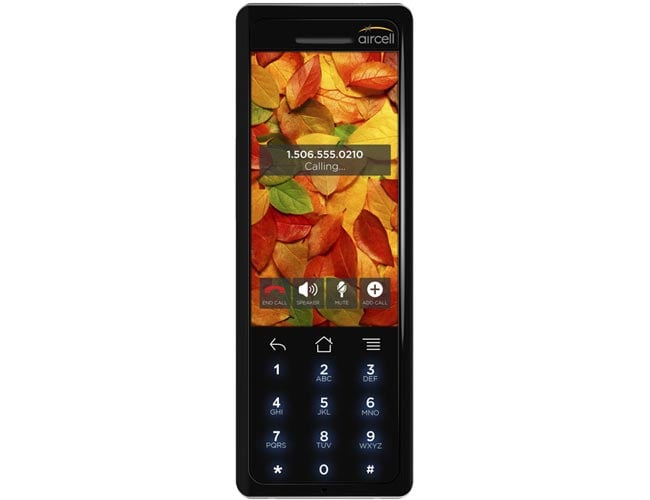 This isn’t a smartphone along the lines of the iPhone. The Aircell Smartphone is an Android device that is designed only for use in the air on a private business jet. The smart feature is that the thing can be used as a corded or cordless handset. It has a 3.8-inch touchscreen and the exact version of Android it uses isn’t specified.

The device is made to be easy to operate and Aircell claims it is so easy you don’t even need instructions. It is designed to be a drop-in replacement for the current Axxess flush mount handsets from Aircell. It also supports wired headphones and Bluetooth for hands free. The Aircell Smartphone will be available late this year and pricing is unannounced at this time.