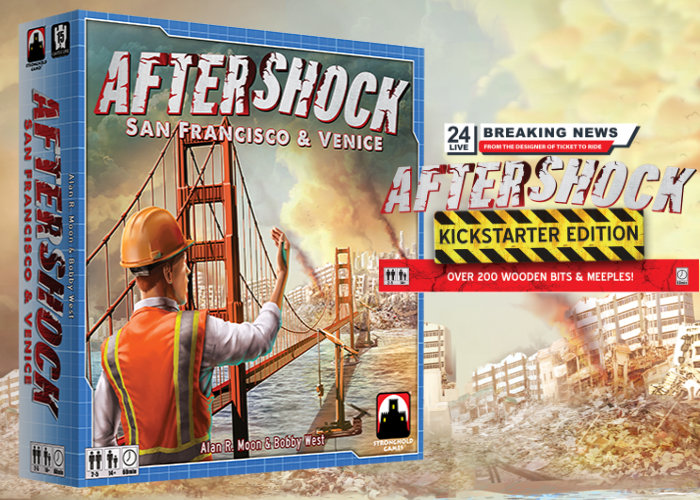 Designer of the hugely popular Ticket to Ride game, Alan R. Moon has taken to Kickstarter this year together with Bobby West to relaunch a version of the Aftershock board game. The latest game in the franchise takes the form of Aftershock: San Francisco and Venice and is now available from $45 via Kickstarter. Watch the demonstration video below to learn more about what you can expect from the latest game from publisher Stronghold Games.

– We are launching with the Venice components included, which allow for more dynamic and interactive games at lower player counts
– We are also including the previously optional District 6 expansion with every pledge
– No deluxe components, which lowers weight, shipping & production costs
– Updated name to help differentiate from other games with similar titles

“In Aftershock: San Francisco and Venice, players will spend money to acquire planning cards, which are used to increase population, build bridges, and determine where aftershocks occur. Spend money wisely to acquire aftershocks that will allow you to move people into and out of the demolished areas. Planning and careful negotiation are essential in order to maintain your population and score your best-planned cities and bridges. “