Afterguard has launched a new heads up display for sailors, that is designed to be used in racing, it is designed to show a number of things, which include wind speed, boat speed an more.

The videos below give us a look at how the Afterguard system works, it is made up of a central control unit that collects information from the instruments on the boat, and then it transmits the data to the HUD sunglasses. 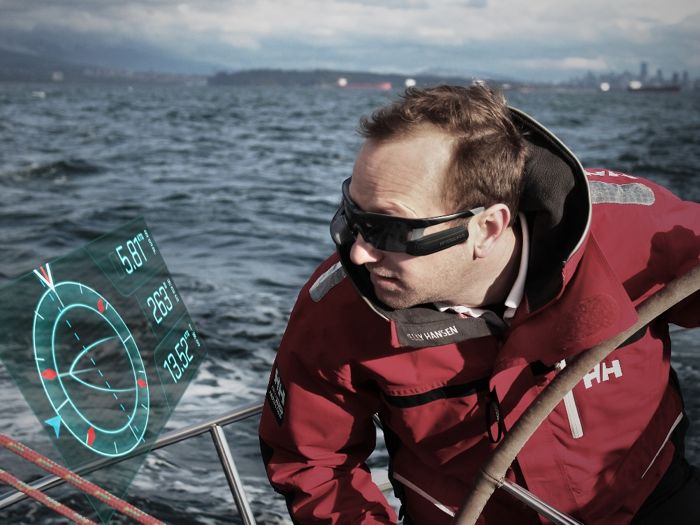 Ross Macdonald, two time Olympic medallist in sailing said: “Heads-up Displays have only ever been seen before on-board America’s Cup boats. So often, the cutting-edge technology on these boats hasn’t made it to other race classes. The Afterguard system is one of those rare occasions when it has.”

Alex Moret, Founder of Afterguard: “The HUD technology in the Afterguard system has been vetted in high octane environments by special forces, wing suit pilots, space agencies and NASCAR racers. Anybody who has tried to port tack the fleet on a crowded start line can appreciate how appropriate those vetting environments have been.”

You can find out more information about the Afterguard heads up display system for boats over at Afterguard at the link below.