Acer’s new Iconia Tab A210 which was first unveiled in the recent Computex exhibition has now arrived at the FCC. The latest addition to the Acer tablet range runs Google’s latest Android 4.0 Ice Cream Sandwich (ICS) operating system and is equipped with a 10.1 inch screen with a resolution of 1280 x 800 pixels. 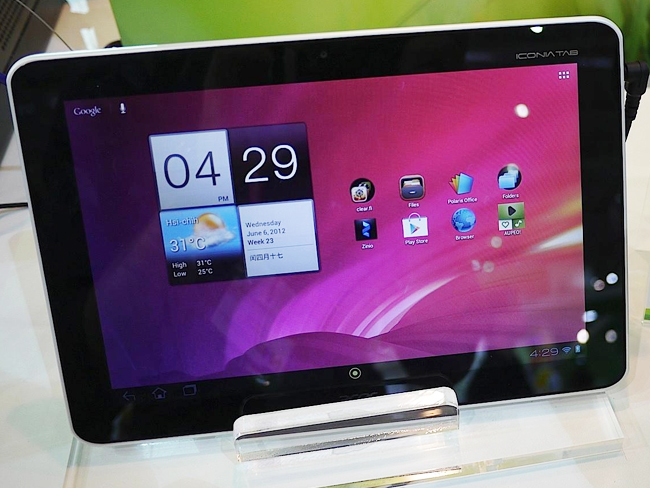 The Acer Iconia Tab A210 is powered by a 1.2 GHz NVIDIA Tegra 3 Quad Core processor, which is supported by 1Gb of memory. Storage is provided in either 8GB or 16GB options, and connectivity is provided by WLAN, Bluetooth 2.1, GPS, optional 3G, a microSD card slot, and 1 x USB 2.0 port.

With the Acer Iconia Tab A210 arriving at the FCC, its normally a good indication that the new Android tablet will be arriving in stores, but unfortunately no information on pricing or worldwide availability has been released as yet by Acer.