A very well-known analyst Ming-Chi Kuo, who has a very decent track record when it comes to Apple-products,  just slashed his sales estimates for iPhone 5C.

According to Kuo, Apple managed to ship 11.4m iPhone 5Cs in the September quarter, which is 33 percent less than his original estimate. For the December quarter, Kuo expects that the sales of iPhone 5C would be 10.4m units, a further 10 percent drop from his older estimates. 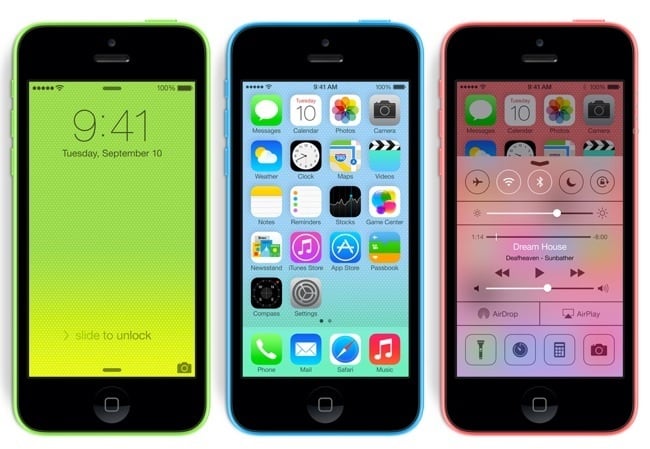 The sales had to be down, Apple priced the iPhone 5C at $549 that is only a $100 less than the next-generation iPhone 5S, which has been selling very well and is out-of-stock at most retail locations. Currently, the online Apple Store is showing the shipment date of 2-3 weeks that make it early November.

It was rumored that Apple also reduced the production orders of the iPhone 5C by half due to poor sales. You can find it readily available in stock in almost all the retail locations. Even if you order it online from the Apple store, it will be delivered within 24 hours.

On the other hand, major US retailers are offering the handset at a discounted price, which is even lower than its original retail value. Walmart is offering iPhone 5C for just $45 on-contract while RadioShack offers a $50 gift card if you purchase the iPhone 5C from them. If that’s not good enough for you, just take you old smartphone to Best Buy as they are offering a minimum $100 trade-in value for your old device if you purchase iPhone 5S/5C. That will bring down the price of the iPhone 5C to $0 on-contract.

Apple will hold its quarterly conference call on October 28th where the company is expected to break down its sales figures and share with the people how much iPhone 5S/5C they’ve sold.