Apple unveiled their much-awaited iPhone 5C and iPhone 5S yesterday at a press event. The iPhone 5C is the low-cost version of the device that would target markets like China and India, which are currently dominated by Android devices. It seems as if the iPhone 5C is not as cheap as everyone expected in China. The device comes with a price tag of RMB 4,488 that is equal to almost $733 for the 16GB unlocked version – that is before the carrier subsidies. This price is even higher than the iPhone 5S in US which would set users back $649 for 16GB unlocked. 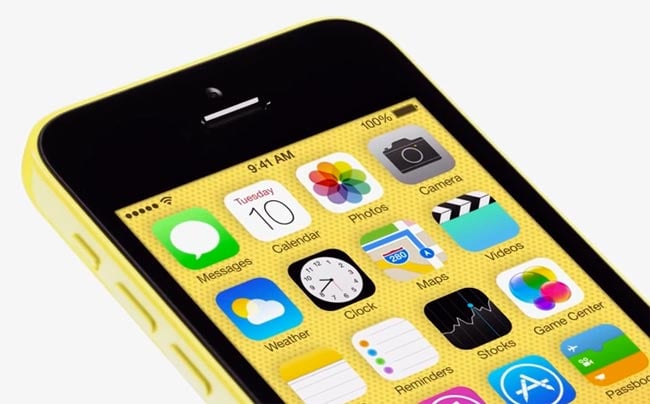 The iPhone 5S was the refreshed iPhone with many hardware improvements such as A7 processor, Touch ID sensor and bright new colors including gold, silver and gray. The device will go on sale for 199$ on-contract and $649 off-contract for the 16GB version while the 32GB version costs $299 on-contract and $749 off-contract. The device costs over $800 in China off-contract which is higher than many people would have thought. Apple is also holding an event in China where the company is expected to announce its deal with China Mobile. Let’s see what pricing mechanism is introduced for the subsidized iPhone.

The device appears to be expensive than most analysts predicted in the past. It may not appear to be as “revolutionary” as everyone would have thought. After the event, Apple stock surged down by 2.28 percent and a 2.68 percent in the pre-market trading. This means that Apple could lose a handsome amount of money because of this. Many people were concerned about the pricing of iPhone 5C which wasn’t as budget-friendly as everyone thought it would be.