3-D printing is nothing new; manufacturers have been using it for prototyping new products and devices for a long time. A 3-D printer generally uses a laser to heat resin, the heat causes the resin to harden, and a part or device is built layer by layer. Generally anything 3-D printed that needs wiring or circuits to operate has to have those wires installed manually. 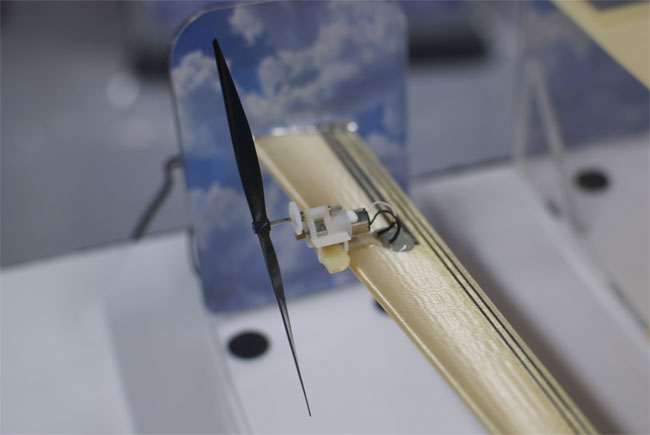 Two companies called Stratasys and Optomec announced a revolutionary wing that was 3-D printed for a UAV model aircraft today. The interesting part about wing isn’t that it was produced using 3-D printing, but that it also uses printed circuits.

The printed circuits means that once the wing was complete, another printing process was able to create the wires and circuits needed for the electronics to operate. The companies think that this process could revolutionize manufacturing for many different industries that use 3-D printing.