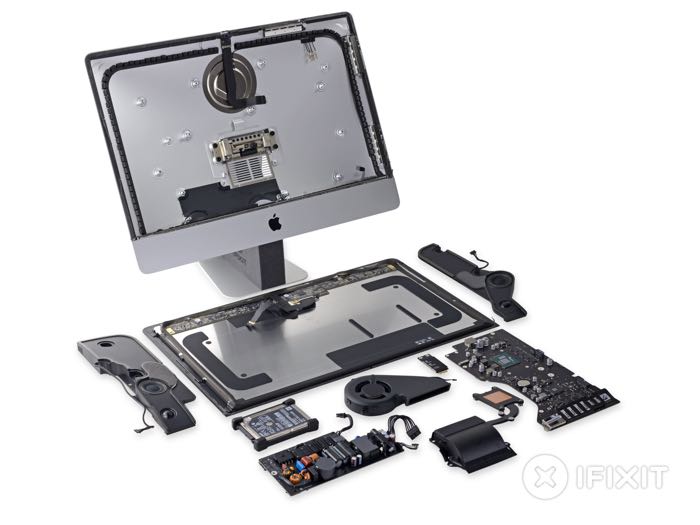 The guys from iFixit recently took apart the new 21.5 inch iMac, this was the one with the standard display and now they have taken their screwdrivers to the new higher resolution 21.5 inch Retina iMac.

The new Retina iMac has a 21.5 inch display that has a resolution of 4096 by 2304 pixels, we heard in the last teardown that Apple had made some changes which made the device harder to upgrade, will this one be any different?

The guys from iFixit discovered that the new Retina iMac has similar changes inside to the last one they took apart. These new iMacs have a number of parts which are not upgradeable, the RAM is soldered in so it cannot be upgraded.

The Fusion Drive connector has disappeared, this means that there is no chance of upgrading the storage like in previous models. iFixit scores devices on a scale from 1 to 10, 1 is the most difficult to repair and 10 is the easiest.

The new 4K iMac only managed to score 1 out of 10, this means the device is difficult to repair, the CPU is soldered in and the glass and LCD are fused together, which means that this is more expensive to replace.

It would appear that Apple’s latest iMac’s are considerably more difficult to repair than the previous models, you can find out more details at iFixit at the link below.