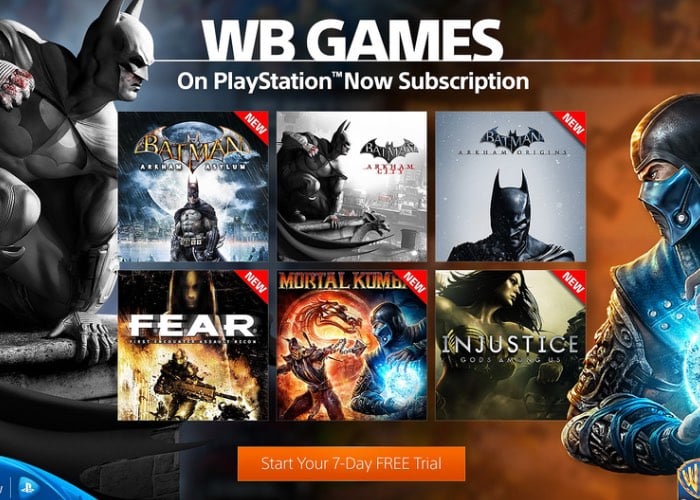 Over the weekend Sony has announced that it is now offering a 12 month subscription to its PlayStation Now service for just $99.99 offering savings of more than 55 percent off the regular monthly subscription price.

PlayStation Now is a cloud gaming service created by Sony that allows users to pay for access to a selection of original PlayStation 3 titles on either a per-game basis or via a subscription. Sony explains more about the new offer and new games :

For less than $9 per month, you can now get access to hundreds of PS3 games, with new games added every month. If you’re a current PlayStation Now subscriber, you can purchase the 12-Month Subscription on PlayStation Store to extend your current 1-Month or 3-Month subscription.

– Batman: Arkham Asylum (New!) : Become Batman as you move in the shadows, instigate fear amongst your enemies and confront The Joker and Gotham City’s most notorious villains who have taken over Arkham Asylum — Gotham City’s psychiatric hospital for the criminally insane. Using a wide range of Batman’s gadgets and abilities, players will become the invisible predator and attempt to foil The Joker’s demented scheme.

– Batman: Arkham City (Existing) : Arkham City, the maximum security “home” for all of Gotham City’s thugs, gangsters, and insane criminal masterminds, is in danger in this dark adventure. With an arsenal of gadgets, Batman’s mission is to take down thugs and put an end to the villains threatening the city — including The Joker himself. Whether you’re solving crimes or chaining attacks for a higher combo score, prepare for peril in this open world.

– Injustice: Gods Among Us (New!) : Fight as DC Comics icons such as Batman, Cyborg, The Flash, Harley Quinn, Nightwing, Solomon Grundy, Superman, Wonder Woman, and more in epic battles on a massive scale in a world where the line between good and evil has been blurred.

– F.E.A.R (Single-Player Campaign Mode, New!) : A mysterious paramilitary force infiltrates a multi-billion dollar aerospace compound, taking hostages but issuing no demands. With no other recourse, the elite F.E.A.R. (First Encounter Assault Recon) team is assembled to deal with the extraordinary circumstances. Be the hero in your own epic cinematic shooter of action, tension, and terror!