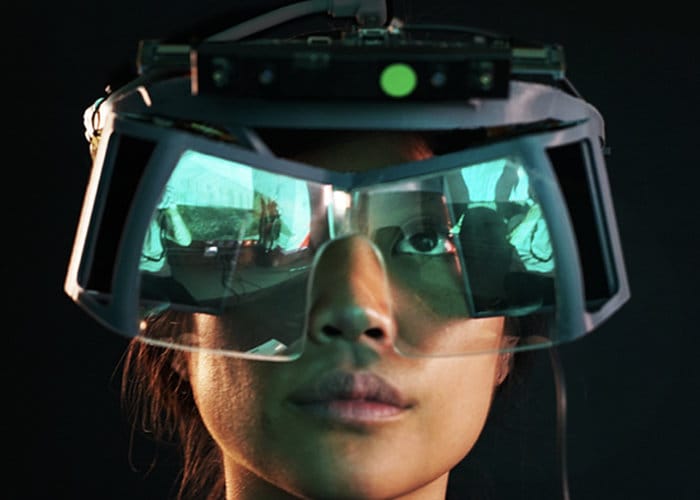 With an aim to bring augmented reality to the masses Leap Motion has this week unveiled a new low-cost augmented reality headset. Designed to provide a complete AR system with powerful hand tracking technology for consumers priced at around $100. Unfortunately the Leap Motion AR headset is currently in its early stages of development but the company is already saying that the ambitious AR headset can be produced for less than $100 using large-scale production. The AR headset would come equipped with a Leap Motion sensor enabling users to manipulate objects with their hands, something the company has already previously developed and offered for virtual reality displays and desktop systems. 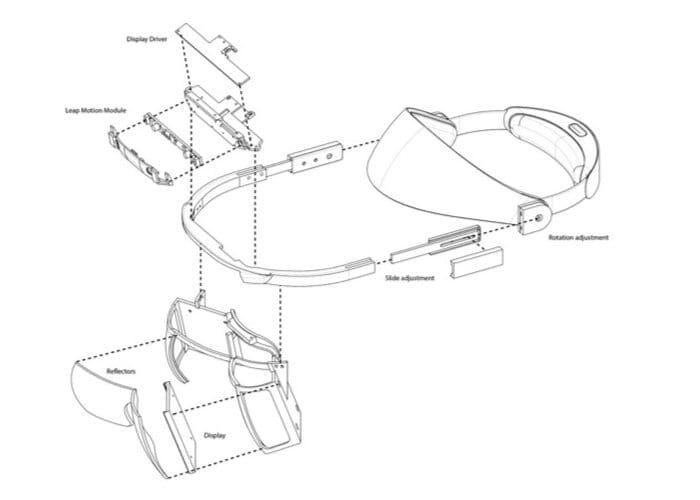 Although rather than selling the headset directly to consumers the company is planning to release the necessary hardware specifications and software under an open source license next week. Explaining “we hope that these designs will inspire a new generation of experimental AR systems that will shift the conversation from what an AR system should look like, to what an AR experience should feel like.” Possible applications for the open source AR hardware include:

– Inward-facing embedded cameras for automatic and precise alignment of the augmented image with the user’s eyes as well as eye and face tracking.
– Head mounted ambient light sensors for 360 degree lighting estimation.
– Directional speakers near the ears for discrete, localized audio feedback
– Electrochromatic coatings on the reflectors for electrically controllable variable transparency
– Micro-actuators that move the displays by fractions of a millimeter to allow for variable and dynamic depth of field based on eye convergence

The headset design features two 3.5-inch LCD displays offering users a resolution of 1600 x 1440 pixels per eye and enables displays to reflect light onto the visor providing a perceived transparent overlay for AR applications. Leap Motion explains that the field of view is 95 degrees high and 70 degrees wider than most AR systems currently available and is capable of tracking hand motion across a wide field of view, 180 degrees both horizontal and vertical. As soon as Leap Motion make available more details next week to developers, we will keep you up to speed as always.