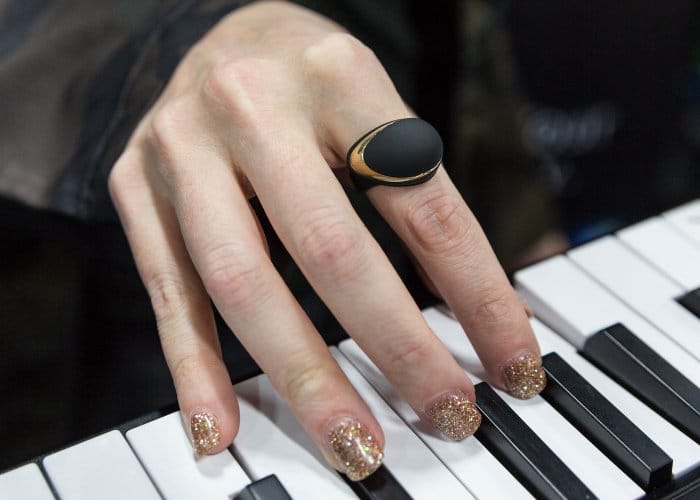 Musicians looking for a way to add extra effects to their music while playing instruments, may be interested in a new wearable wireless MIDI ring created by French company Enhancia. The MIDI ring will be officially launching later this year as a Kickstarter campaign during March 2018, but was showcased in the recent CES 2018 technology show.

The MIDI ring has been designed to communicate with a master control hub that connects to your computer and not only charges your ring when not in use but allows you to map gestures which can then trigger affects as you play. The system comes with a stand-alone piece of software together with a plug-in that is supported by a wide range of already available music software such as Ableton, Logic and Digital Audio Workstation to name a few.

The technology incorporated into the MIDI ring enables the device to track three specific hand movements that can be mapped to certain effects. By default a slight hand wobble adds vibrato, a slow tilt back and forth for pitch bend, and a tilt forward will enable a low pass filter, says the Verge who were able to see a demonstration of the MIDI ring at this years CES 2018 technology event.

Unfortunately, no information on pricing or worldwide availability has been released as yet ahead of the Kickstarter campaign, but as soon as information comes to light, we will keep you updated as always.