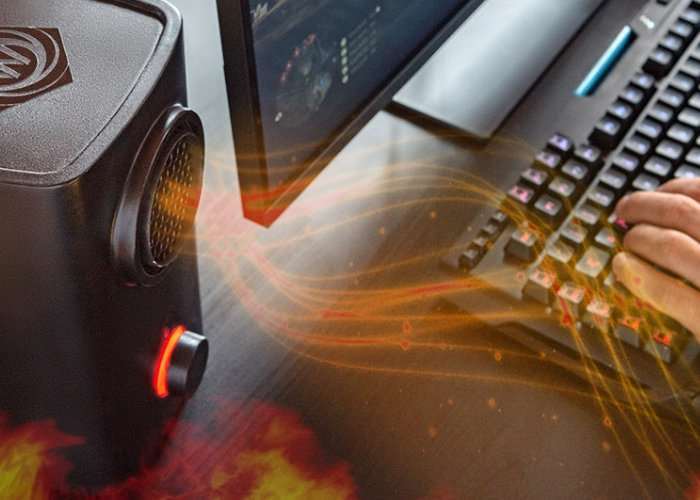 Whirlwind FX has created a new immersive 4D environmental simulator effects system called the Vortx which is capable of allowing users to feel on-screen effects such as fire or wind to enhance your immersive gaming, VR or video experience further.

Driven by a patented Environmental Experience (EX) algorithm, Vortx recognises and responds to on-screen elements in real-time to replicate events such as airflow and temperature changes. No developers or coding needed. Watch the video below to learn more about the interesting effects system which is launched via Kickstarter this week to raise the $60,000 it requires to go into production.

Vortx is the world’s first 4D simulator that can physically recreate any virtual environment in the comfort of your home or office. Imagine feeling the effects of bullets whizzing by and battlefield explosions in Battlefield. Or what about the swirling inferno of Drogon’s fiery breath in Game of Thrones?

We all remember the golden age of simulator rides and get nostalgic about experiences like Star Tours, Honey I Shrunk the Kids and Captain EO. We’ve seen surround sound become the norm, 3D get better, VR make leaps and bounds, and AR/MR emerge as real consumer technologies.

While growth has been unprecedented, immersive experiences have always been limited to sight and sound. We’re here to change that. The magic of Vortx lays in our patented software engine. The engine uses adaptive algorithms to analyze scenes in real-time then translates on-screen effects into real world sensations you can feel, like wind, fire and ice. Built by and for gamers, Vortx was created to be easily integrated with your existing PC setup. Simply plug in and start experiencing.