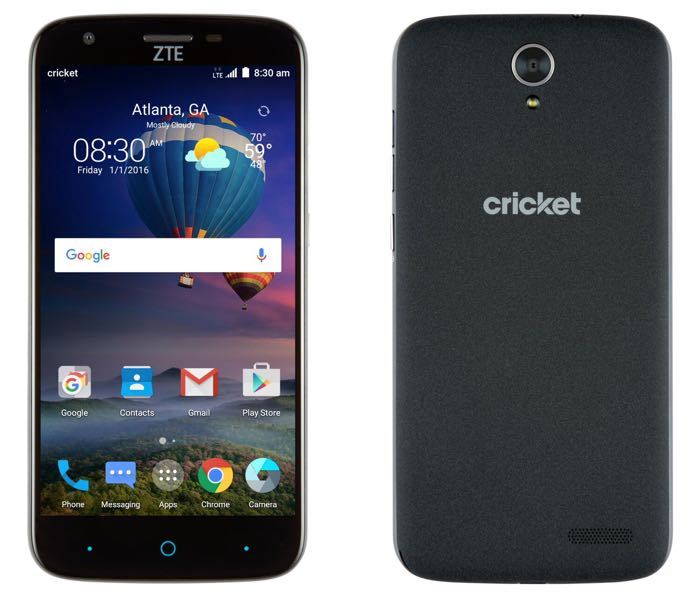 ZTE has announced a couple of new smartphones at this years CES, one of them is the new ZTE Grand X3 which will be available with Cricket Wireless.

The ZTE Grand X3 comes with a 5.5 inch HD display with a resolution of 1280 x 720 pixels, the handset is powered by a Qualcomm Snapdragon 210 processor and features 2GB of RAM.

Today we are continuing our mission to deliver affordable premium smartphones with the Grand X 3, said Lixin Cheng, chairman and CEO of ZTE USA.

Our users are now 20 million strong in the U.S. and ZTE phones provide the affordable connectivity that empowers users, encourages individually, and opens a world of possibilities.

Other specifications in the device include 16GB of built in storage and a microSD card slot for expansion, the device also comes with front and rear cameras.

The handset comes with Android 5.1.1 Lollipop and it features 4G LTE, WiFi and Bluetooth, it will retail for $129.99 when it launches shortly on Cricket Wireless.