Zoom has some very cool gear like the slick Q3 camcorder that I talked about a few months back. Zoom also makes a line of very high quality audio recorders that are aimed at musicians, lecturers, and anyone else who wants quality recordings.

The new recorder is called the H1 Handy Recorder and it weighs 2 ounces. It uses the same microphones in an X/Y arrangement as the larger Zoom H2. The H1 is smaller and sells for $99 making it affordable for a professional caliber recording device. 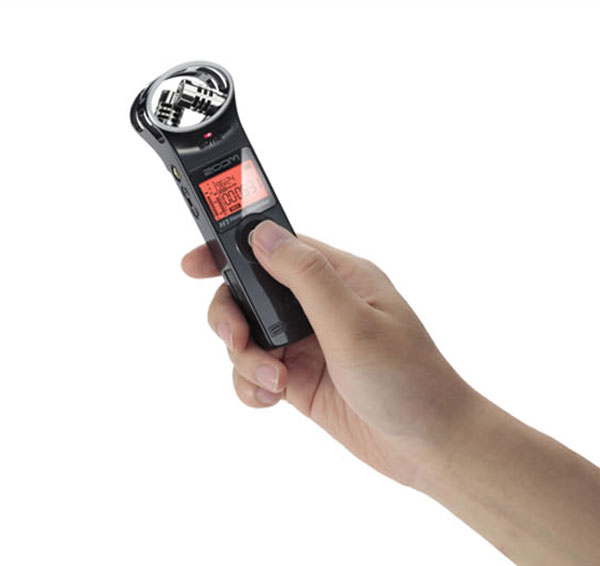 The H1 records in WAV 96kHz/48kHz/44.1kHz at 16-bit or 24-bit and MP3 from 48 to 320kbps formats. Power comes from a single AA battery good for about ten hours per battery. Internal storage is to a 2GB microSD card that is included and it supports microSD cards up to 32GB. An accessory kit for the device sells for $24.99 with a windscreen, AC adapter, USB cable, tripod, and mic clip adapter with a carry pouch.