Zoom has created a new video camera in the form of the Zoom Q4 which is equipped with a built-in 120 degree X/Y microphone to capture wide coverage stereo sound with crystal clarity. 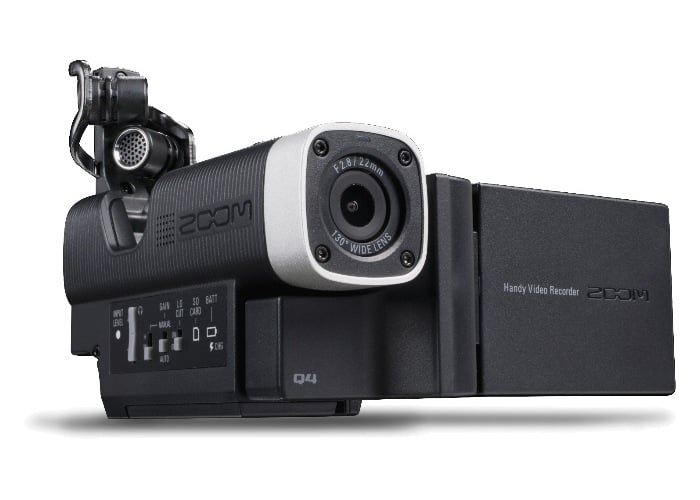 Other features of the Zoom Q4 include a detachable full-colour LCD and a built-in speaker for instant monitoring, together with a three-position Mic Gain switch with Auto-Gain control and Peak LED help prevent signal overload. 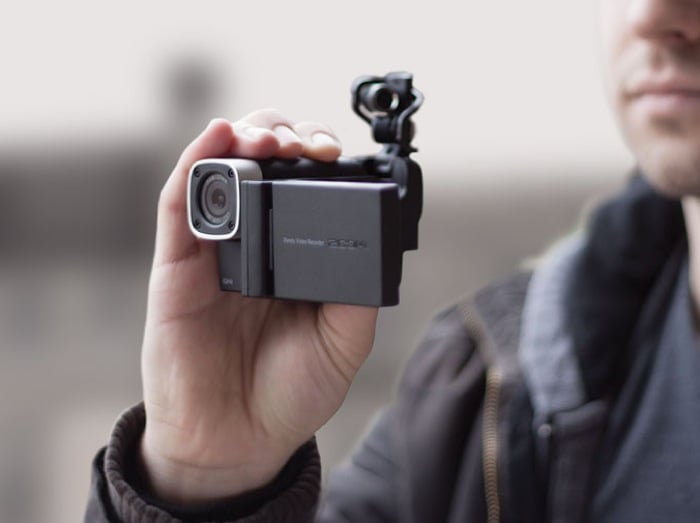 Zoom has also designed their new video camera to be compatible with three prong action camera mounts and is supplied with a tripod mount, hairy windscreen and low cut filter. Zoom explains a little more in their press release :

“Equipped with sensing options that adapt to various lighting situations, the Q4 offers user- selectable viewing angles and an HDMI video output for connection to HDTVs. A USB port enables live streaming and allows the Q4 to send digital data to DAWs or video editors such as iMovie, Final Cut Pro, or the included HandyShare software. The supplied rechargeable Li-Ion battery provides battery life of more than 2 hours and can be recharged either via USB or with the use of an optional AC adapter.” 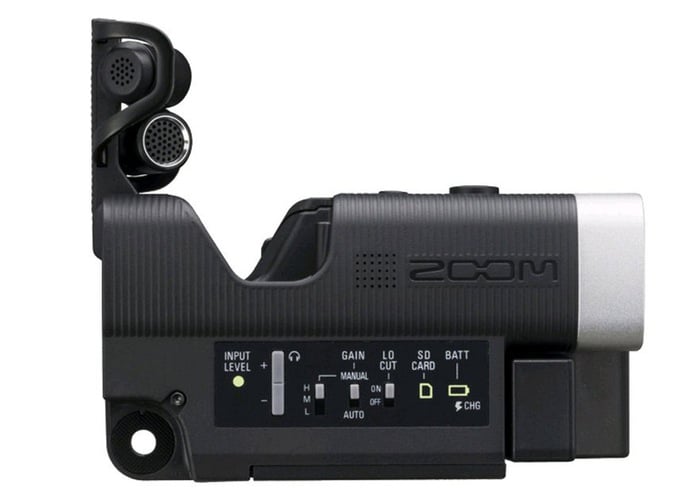 For more information on the new Zoom Q4 camcorder jump over to the Zoom website for details.