The original Mini Cooper was a really cool little car that was very popular all around Europe. I think the old versions of the Mini Cooper have more character than the new versions BMW produces. If you’re a fan of the old Mini Cooper you want to check this flash drive line out the comes from a company called Zero Basic. 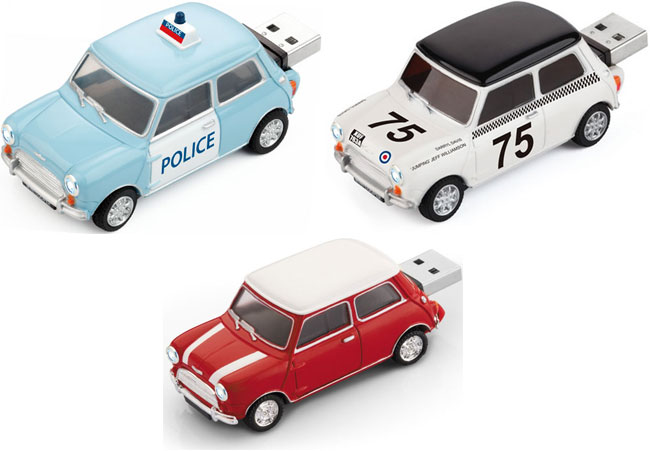 The flash drive comes in several styles including a rally version, a race version, a police version, and a couple different street versions. All three styles have 4 GB of storage inside and retracted USB plug the pops out of the back of the car.

The little trap door flips open the switch on the bottom of the car lets the USB connector slide out. Each of these drives sells for under $40 and it appears that the headlights glow when the drive is active. The drives come with a pouch to carry them in. The only downside appears to be that the flash storage inside isn’t that fast.