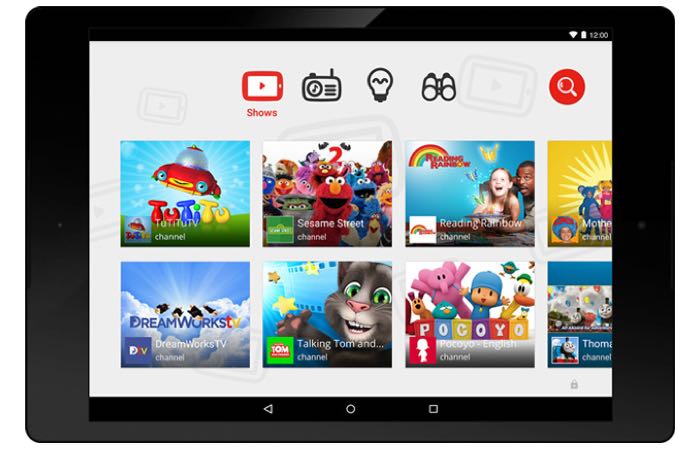 YouTube has announced that they are launching a new app for smartphones and tablets that is designed specifically for children, the YouTube Kids app.

The new YouTube Kids app will show content that is designed specifically for children, and the videos will be shown in four categories which include Shows, Learning, Music and Explore.

YouTube have teamed yo with a number of companies to provide children friendly content in their new app, these include Dreamworks TV, Mother Goose Club and Jim Henson TV.

As you can see from the picture above, the new YouTube Kids app has a stripped down interface with larger tiles than the standard application. There are also no comments on the videos.

“The images are big as are the tap targets for small fingers, and since most younger children can’t type, they can search with voice,” says Shimrit Ben-Yair, the project’s group product manager.

The app will also come with a viewing timer which will allow parents to decide how much time they want to let their children spend on the app. Google will be launching their new YouTube Kids app on the 23rd of February, the app will be made available on Android at first.