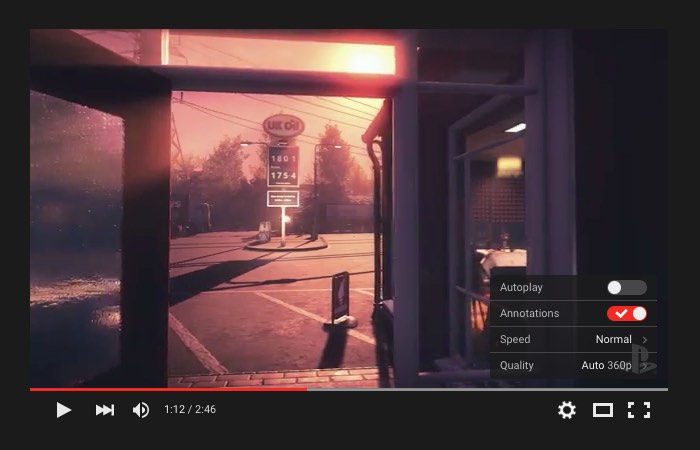 Google has rolled out a new update to its YouTube web video player which brings with it a new transparent skin and slightly larger controls which now lay over the top of the video rather than sit below.

The new update had been teased previously but has now been rolled out worldwide by Google and will disappear after a couple of seconds of inactivity, but can be easily reactivated by moving your mouse to the bottom of the video window.

Ooh la la! Our new player design is slicker than a squirrel on waterskis! pic.twitter.com/9tS1pm3NiG

What are your thoughts on the new transparent skin? Let us know in the comments below.